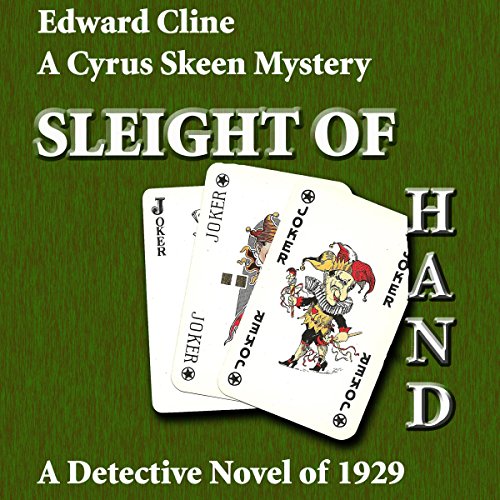 By: Edward Cline
Narrated by: Gregg Rizzo
Free with a 30-day trial

It is October of 1929. The roaring '20s will end with the stock market crash heard round the world. The nation will absorb the consequences of the crash with great difficulty over the next decade, exacerbated by government fiscal policies. However, in the wake of the coming economic catastrophe, Cyrus Skeen, private detective, scion of East Coast wealth, and a figure in San Francisco society, is secure. He never bought on margin.

Skeen has a reputation - some would say a notoriety - for justice, and for meting out rough desserts to crooks, criminals, and other realty-dodgers. This has made him admired by some and feared by others. Sharks, conmen, and scam artists approach him with caution - if they dare approach him at all. In this episode of Skeen's cases he is invited by a new political party to stand for the office of public defender in next month's city election, a city office established to provide legal representation to the poor and indigent.

He declines the invitation, but strange things keep happening, such as the curious death of the current public defender and the odd behavior of the principals of the new party. Skeen's interest is piqued. He begins to investigate, learning eventually that his clues lead all the way back to Wisconsin.

What listeners say about Sleight of Hand