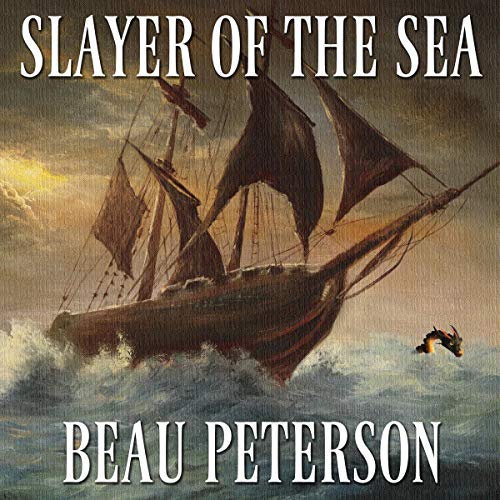 Slayer of the Sea

Slayer of the Sea

Rowan Donchaad, captain of the Slayer of the Sea, has made killing leviathans not just his career, but also his reason to live. The immense amount of gold he’s accumulated over the years slaying them and selling their parts has made him one of the wealthiest men in all the isles of Manks. But even his love for gold is eclipsed when Rowan confronts a pair of monsters - one from the deep and one from his past - that threaten everything he loves.

Rowan is a captain of a leviathan ship who is a new father and a widower, lost in his sorrow. I loved the story but the ending drove me crazy.
I was given a copy of this book in exchange for an honest review.

This was a short but very entertaining story. It is definitely a fantasy story, but has a historic "feel" to it. The author does a great job of painting a vivid picture for the imagination and the author really brings it all to life. It's just under 4 hours, so a bit short, but I think it is well worth a listen.

This is really good book. I didn’t want it to end. I hope he writes more books and continues this story line!