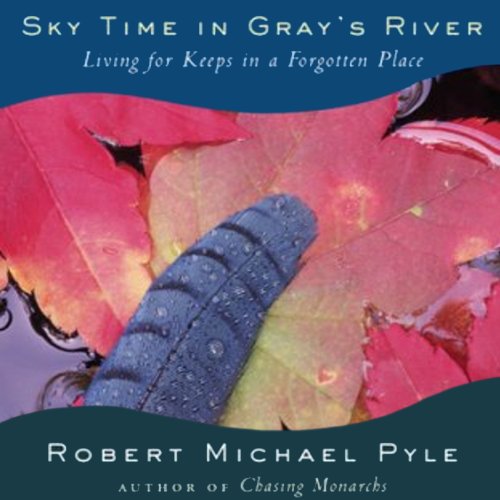 Much the way Donald Hall’s Seasons at Eagle Pond captured New England, Sky Time in Gray’s River captures the essence of the rural Northwest. Although Rober Michael Pyle is a lepidopterist, and southwestern Washington is notable for its lack of butterflies, something about the village of Gray's River spoke to him on a visit thirty years ago. Ever since then he has lived in the village, which was one of the first to be established near the mouth of the Columbia River and which still feels only tenuously connected to the twenty-first century.

Sky Time brings Gray's River to life by compressing those thirty years into twelve chapters, following the lives of its people, birds, butterflies - and cats - month by month through the seasons. In showing how the village has changed his life, Pyle illustrates how a special place can change anyone lucky enough to find it and highlights what is being lost in a world of accelerating speed, mobility, and sameness. Above all, Sky Time tells us that you don't have to travel far to see something new every day - if you know how to look.