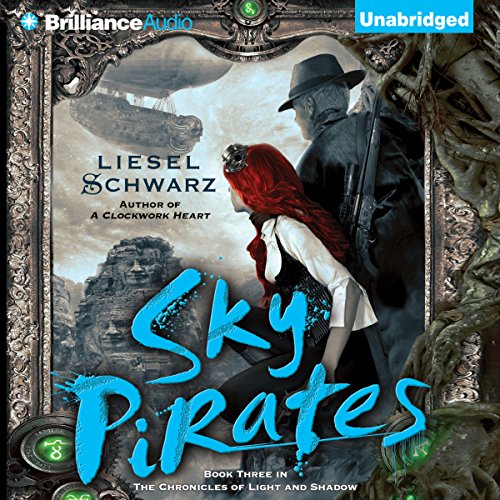 For romance and urban fantasy fans of Gail Carriger’s Changeless and Cherie Priest’s Boneshaker, this thrilling historical fantasy adventure features warlocks, fairies, and the unforgettable heroine - the daring dirigible pilot Elle Chance - who navigates the realms between the Light and Shadow.

With her husband, Hugh Marsh, missing in the netherworld and presumed dead, Elle Chance loses herself in the task at hand: piloting the airship Water Lily on commissions across the globe. But as it turns out, her beloved is very much alive - the once-powerful warlock reduced to a wraith. When Water Lily is threatened by pirates, Elle will have to channel all her power as the Oracle - the keeper of the barrier between the two Realms - to try to save what she loves most. As the dark forces of Shadow converge around her, Elle must find a way to breach the curse that binds Marsh. But once released, will Marsh return to her - or is their love destined to die so that he can live?

Very enjoyable. Eleanor has guts. Her determination to save her husband is commendable. Although she have many enemies, she have many allies too. I like the captain too. He is romantically inclined towards her and helped her find the mysterious temple. All in all a delightful story. I hope book four will be published soon.