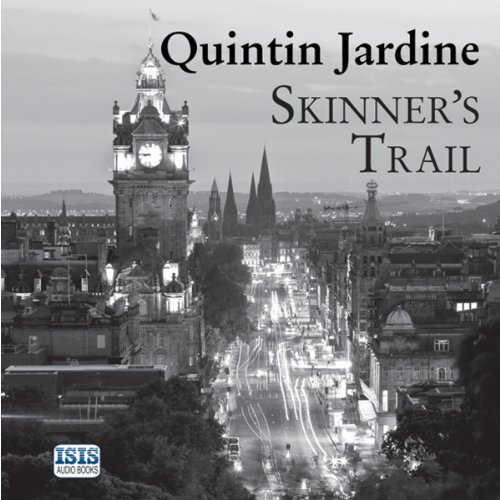 First the joyous birth of Skinner’s son… Then the grim reality of murder in ones of Edinburgh’s prosperous suburbs. A man has been found knifed in a luxury villa. The victim had run a chain of launderettes, saunas and pubs throughout the city, but for some time the police suspected these to be the front for a drug-distribution network.

As the murder investigation continues without result, it seems the killer was particularly cunning in covering his tracks - leaving no clues or leads to pursue. But then another, seemingly minor, crime - involving property fraud - takes Assistant Chief Constable Bob Skinner in a new direction.

Get rid of the baby! And the accents!

This is a moderately good mystery--marred by endless sequences involving the detective's new born son. Fast forwarding helps, but it's cumbersome. The reader is good for the actual narration and for the British voices, but his version of an American accent makes the detective's wife sound like a mafia moll, and his take on Spanish/Catalonian accents is also painful.

Opens with what seems like an unending scene of the baby being born, then proceeds to travel by car to Spain with a 2 week old baby. Just not going to happen. Could not take the rest seriously after that. The ridiculous sex scene at 2 weeks was the lid the coffin.

If you are a fan of police brutality, fantasy sex, and pointless subplots, then this is for you. Character Skinner has developed from a guy who struggles to manage his violent inner demon to someone who indulges it, with the open cooperation of Spanish police. Add cartoon know-it-all American wife, who almost clairvoyantly sees exactly what happened in the most confusing crime scene, and you are off to the races. The criminal plot is actually interesting, but the cast of characters ruins it for me.

Outstanding book and very well narrated by James Bryce as usual. Quintin Jardine is an incredible author and I love how much he’s built the characters up since the first book. If you’re looking for a series to sink your teeth into, I can highly recommend this. Skinner’s Trail in particular is just as intriguing and complex as it’s predecessors.

A genuinely cannot out down novel Quintin Jardine at his very best. I thoroughly enjoyed it.

Bob skinner...supercop ..martial arts master..crack shot. .invincible..everyone does what he wants. .surrounded by doting colleagues and superiors! is there anything he can't do? attractive. .fit..comfortable financially. .perfect family...sounds yukky..yet I've enjoyed the books I've listened to so far. Just going on to the next one...maybe I'll tire of his constant success? who knows? we'll see.

I'm not an author so it's not my place to give advice! I only know that I found this book particularly uninspiring, unlike the others by Quintin Jardine

No, apart from being read by James Bryce