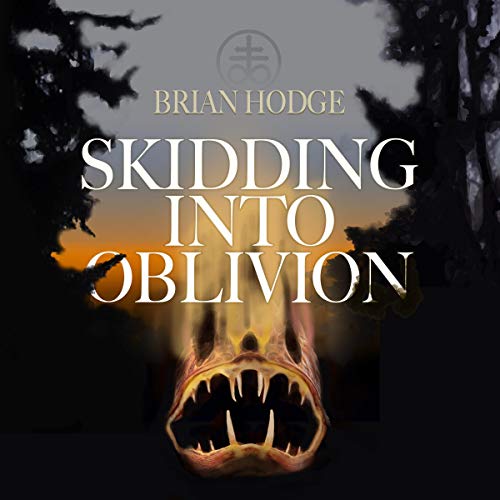 By: Brian Hodge
Narrated by: David Bendena
Try for $0.00

We each inhabit many worlds, often at the same time. From worlds on the inside to the world on a cosmic scale. Worlds imposed on us, and worlds of our own making. In time, though, all worlds will end. Bear witness:

With Skidding Into Oblivion, his fifth collection, award-winning author Brian Hodge brings together his most concentrated assortment yet. It includes all of the best picks and awards finalists. All stories have one thing in common: It’s the end of the world as we know it, and we don’t feel fine at all.

What listeners say about Skidding into Oblivion

This book was much better than I expected! The stories this collection contains are very intriguing and not about already played out plots. They are not what I would consider horror stories (I love some good spookies) but they draw you in with interesting concepts that, however outlandish, still also seem to have a firm root connecting them to a possible actuality in the world. There were a couple of stories I had to rewind a bit to ensure I heard the ending correctly, not because it was ill written, but because the ending was slightly bizarre. I would highly recommend this book for anyone looking to go on a curious adventure of the odd possibilities that may be available in this world. I had never before experienced a book by Brian Hodge, but after listening to this collection, I am excited to experience any collections to come for his hand.

I love short stories. Especially short stories that give you enough to be sucked in, but leave enough room for mystery and wonder. As a randomly suggested title, I didn't expect much, but was left satisfied. Not all stories supernatural, not all stories with cataclysmic scales, the stories were varied enough that I was never bored, and was looking forward to what strange world waited for me in the next chapter. The narrator was great, and breathes life into the shorts.

I like short stories and this book was perfect ! I’ll. Probably be reading it Again soon

Every story is unique and thought provoking. I listened to this book non-stop. A must listen.