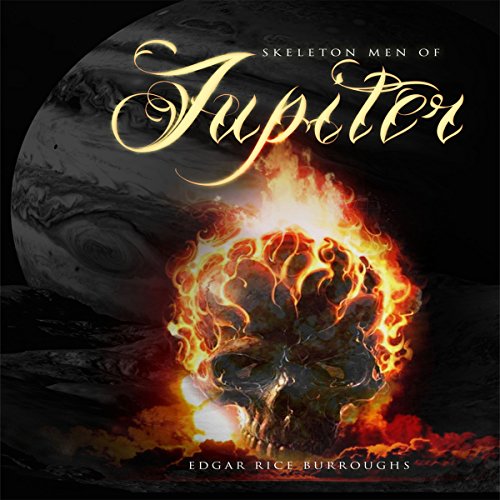 From the astounding AMAZING STORIES of John Carter, Skeleton Men of Jupiter is Edgar Rice Burroughs's last. His imagination welcomes the listener to a captivating space story. It is riddled with humorous intonations and creatures that resemble humanoid frames firmly covered with translucent skin. Burroughs manages to twist his wit into explaining how the star Carter, is able to endure on planet Jupiter.

The story gets the best of your imagination as Carter works to fight off the creatures armed only with a sword. The Morgors have a hard time struggling to contain him. This story will leave you yarning for more since it ends with a cliffhanger. It is however one of the imaginative best stories.

not his best book

Was very glad to find the last two stories (novelettes) from ERB. good story and narration. Unfinished--left us hanging and wanting more.
WDS