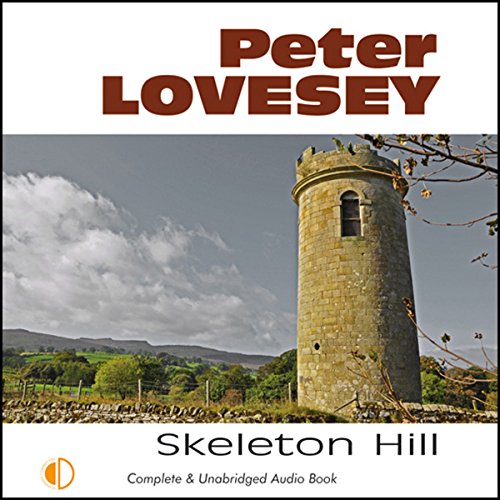 By: Peter Lovesey
Narrated by: Michael Tudor Barnes
Try for $0.00

Battle and burial are built into the history of Lansdown Hill, so it is no great shock when part of a skeleton is unearthed there. But Peter Diamond, Bath's Head of CID, can't ignore the fresh corpse found close to the folly known as Beckford's Tower.

The hill becomes the setting for one of his most puzzling cases, involving golf, horseracing, Civil War re-enactment and the Cyrillic alphabet. Inevitably, Diamond butts heads with the group of vigilantes who call themselves the Lansdown Society, discovering in the process that his boss Georgina is a member. She resolves to sideline Diamond by sending him to Bristol and handing the skeleton investigation to his deputy, Keith Halliwell. Fortunately, matters don't pan out as Georgina plans.

What listeners say about Skeleton Hill

I enjoyed this Peter Diamond novel.. I intend to listen to more of them..
Diamond can not help being a character one can love.. and enjoy..

I liked the story and narrator. Very well read. Easy to listen to. Its that elusive 'perfect' partnership - well written interesting story, with an equal perfect pitch narrator .
Would thoroughly recommend to fans of this genre and anyone else who'd appreciate these attributes.

Really enjoyed the book especially the occasional amusing bits. The narrative was very good. Occasionally the narration on books can be lifeless or even annoying but on this occasion I think it enhanced the story.

Michael Tudor Barnes is, for me, the true voice of the curmudgeonly Peter Diamond, but he manages to make all the other characters speak with their own, individual voices.
The story held me to the end and, as usual, the detective got his prey. I am looking forward to our next outing

Listened to this again after four year gap. Enjoyed all over again as we had forgotten the plot.

I like the Peter Diamond books and this one does not disappoint. It is well read and keeps you guessing to the end. I would recommend this to anyone who enjoys detective stories.

This was a believable plot, well executed with enough twists and turns to keep even the most experienced crime novel reader guessing.