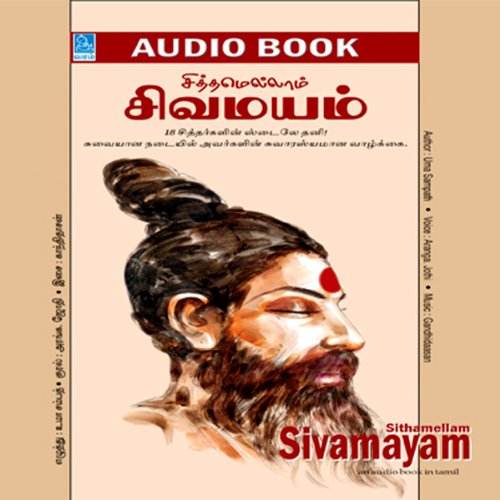 By: Uma Sampath
Narrated by: Jothi Aranga
Try for $0.00

An audiobook in Tamil language.

If we want to define Siddhas in a word, they are "marmayogis", in possession of the great secret of living, not easily understood by ordinary men. They have understood the meaning of the cycle of birth and death. They have directly experienced the divine by means of their meditative powers. But despite their detachment, they are full of love and goodwill for ordinary men.

Siddhas have taken human birth only to hold up a mirror for the self-development of ordinary individuals. They have shown the infinite treasure house of self knowledge.

They have performed several wondrous deeds. For example, walking on water and fire, flying in air, leaving one body and assuming another, transforming ordinary earth to gold, these are some of the things they have shown. Whole mountains have been transformed into gold.

Siddha saints have worked many great deeds. Listen to this audio explanation of the greatness of Siddha saints. You too will be electrified by it.

Good information and a very interesting listen. A worth listening while driving in car. Thanks so much for this book.