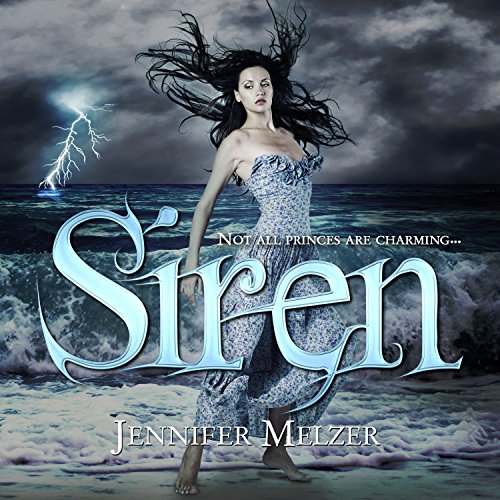 Siren Talbot's life is plagued with storms. Her mother's insanity was the first, though not the last. Called to the ocean, not even the shores of Edisto Island can calm the tempest inside her.

Though she's settled into a life with Patrick, his promises of a happily ever after can't still the foul weather of her past or the brewing squall on the horizon. She's haunted by the disappearance of her first love, Carver, and the lack of answers.

A single clue unlocks mysteries she can't explain. A murder cements the impossible as possible. The more magic she uncovers, the darker her suspicions become and the more the hurricane inside her starts to rage.

Patrick isn't the Prince Charming he claims to be.

And he knows exactly what happened to Carver.

One of my Faves!

if you want a good storyline without sex every 5 minutes which honestly gets old after awhile then you will want to give Siren a listen!!!

I really felt like Siren, the main character was believable and somehow I could relate to her internal feelings about love, men and love lost!

I thoroughly enjoyed this book and it kept me hanging at each chapter! looking forward to more audiobooks from this author and this series to be added here on audible.com!