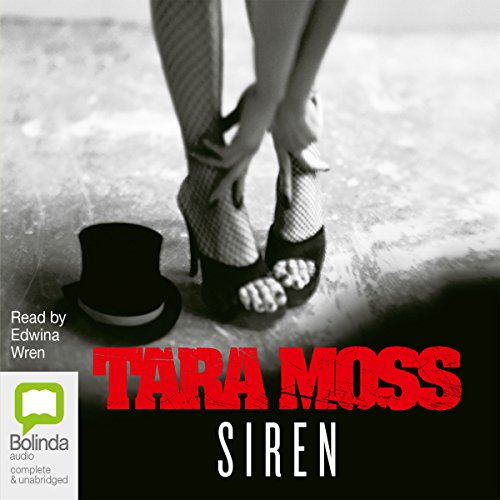 Makedde Vanderwall is one of Australia's most-loved crime characters, and Mak's fans are eagerly awaiting her latest escapades.

Mak Vanderwall - beautiful, street-wise daughter of a cop, graduate in forensic psychology, and now PI - is hired by a widowed mother to track down her missing 19-year-old son. Has he come to harm? Or has he run off with a bizarre troupe of shady French cabaret artists sweeping through Australia?

Has the dark beauty of the burlesque, the magic, the mind-bending contortion, beguiled him? Or has he been seduced by the mysterious and amoral older woman who has a terrifying starring role in the troupe's modern performances of the Grand Guignol 'Theatre of Fear', famous in Paris in the early 1900s?And what of the rumours of violence and tragedy that have plagued the troupe for the past decade? Is their horrifying past fact or fiction?

Meanwhile, Mak is increasingly obsessed with the powerful Cavanagh family, one of Australia's richest and most ruthless families, whom she believes has got away with murder. And it seems their security advisor Mr White, and his hit man, Luther Hand, may not have forgotten about Mak either ...

What listeners say about Siren

The storyline was quite good, but I didn't like the ending.

An annoying drawl. Laid back passive reading made the main character sound arrogant. Poor, forced accents detracted from the experience and were unnecessary.

Would rather read this one

I quite enjoy the stories of Tara Moss but I didn't like her reading of her books and i like Edwina Wren even less; if I pick another Tara Moss book I believe I will buy the book and read it myself; I find this narrator very difficult to listen to