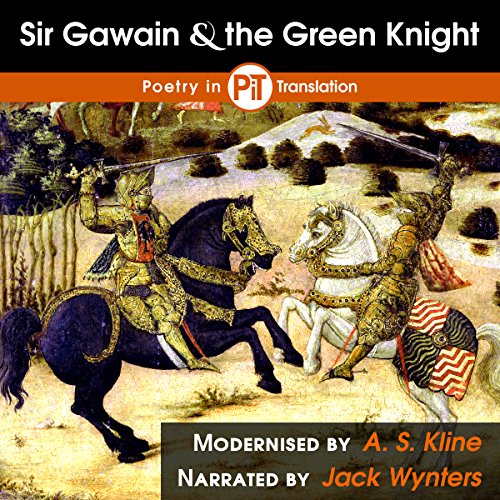 Sir Gawain and the Green Knight

By: Pearl Poet
Narrated by: Jack Wynters
Try for $0.00

Written in the Middle English of the late 14th century, Sir Gawain and the Green Knight survives in a single manuscript which also contains three religious poems including "Pearl", written it seems by the same author, who is therefore referred to as The Pearl Poet.

The poem tells the story of an incident at the court of King Arthur, involving Sir Gawain’s acceptance of a challenge from the mysterious Green Knight, and leading to a test of his chivalry and courage. The poem is a lively, atmospheric, and cleverly-paced example of a quest tale, from which the hero emerges chastened and wiser, and contains an interesting mix of Celtic, French, and English motifs. There are many and varied interpretations of the themes and symbols contained in the story, and echoes are found in many other folklore tales and legends.

The Pearl Poet appears to have been a 14th-century contemporary of Chaucer, and the dialect in which the poem is written suggests an origin in the English West Midlands. The poem is written in an alliterative style, in variable length stanzas, their lines containing two pairs of stressed syllables, and each stanza ending in a rhyming quatrain. It is seen as an example of work produced during the Alliterative Revival of the period, but by combining alliteration and rhyme leads forward to the flexible rhymed and unrhymed verse of later times. Various attempts have been made to identify the Pearl Poet with a historical personage but no candidate has been generally accepted.

What listeners say about Sir Gawain and the Green Knight