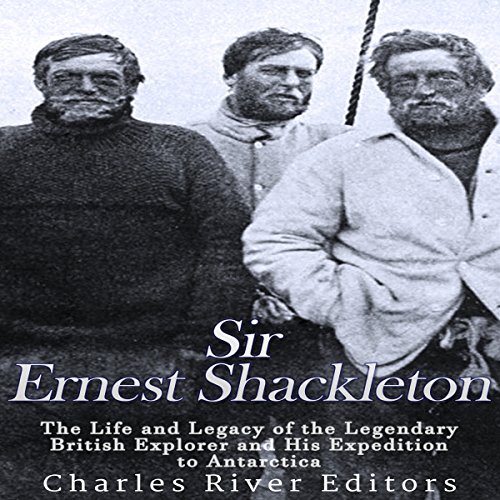 "For scientific leadership, give me Scott; for swift and efficient travel, Amundsen; but when you are in a hopeless situation, when there seems to be no way out, get down on your knees and pray for Shackleton." - Sir Raymond Priestley

Exploration of Earth's wilderness areas became an international obsession in the late 19th and early 20th centuries, as economically advantaged nations, in particular European powers and the United States were well equipped to mount exhaustive expeditions. From previously inaccessible forests and jungle country to the world's great mountain ranges, adventurers sought out the greatest extremes of climate and terrain in a race to plant the first flag where humanity struggled to survive.

An earlier wave of explorers led to the opening of the New World, and early polar expeditions saw ancient ships of various nations sail along the coastlines of Greenland and within reach of the Arctic and Antarctic continents. Many 19th century figures approached the polar region with an eye to traversing it. Most notable among them was British explorer Sir James Clark Ross, who took the Erebus and the HMS Terror to the southernmost coastlines of the planet. Ross is probably the first explorer to realize that Antarctica was a continent and not just a large chain of islands, and he discovered the section of the shelf that was to become the Victoria Barrier. Asian nations also took part in Antarctic exploration when Nobu Shirase of Japan mounted his 1911 expedition, while Sir Edgeworth David, a Welsh-Australian, was the first person to successfully reach the summit of Mt. Erebus. Richard Evelyn Byrd is believed to be the first pilot to cross the Antarctic continent, and even well past the era of great polar expeditions, British figures such as Edmund Hillary, conqueror of Mt. Everest, made several expeditions to the South Pole.

The era was universally dubbed the Heroic Age of Antarctic Exploration, but its greatest story did not stem from the actual achievement of reaching the pole. It was, rather, one of the most profound and heroic rescues ever witnessed that affirmed the empire's greatness, embodied by the inspired insistence and exemplary conduct of Sir Ernest Henry Shackleton. This unlikely figure entered the rich man's world of polar exploration through an astonishing persistence and succeeded through the same quality. In fact, it was with Scott that Shackleton participated in his first polar expedition.

Shackleton's place in history is not the one he set out to make, but his extraordinary deeds have made his contributions to early exploration of Antarctica indelible. Despite the victor's wreath eventually going to another, Shackleton's name is essential to any discussion of Antarctic exploration, based on personal heroism more than logistical triumphs.

Ernest Shackleton has been my hero since I was a kid. The stories and photographs taken of his adventures and heroism are breathtaking. I ordered this audiobook to listen to on an hours journey in the car but was left disappointed. The storyteller has a monotonous voice sounding robotic at times. It's not his fault but it left me wanting to turn it off after 5 minutes. I endured as Shackleton would have wanted me to but it was tough going. I wouldn't recommend this to listen to and there isn't enough detail. What should be the most interesting parts are breezed over and you are left with no real picture of the man and his huge achievements.