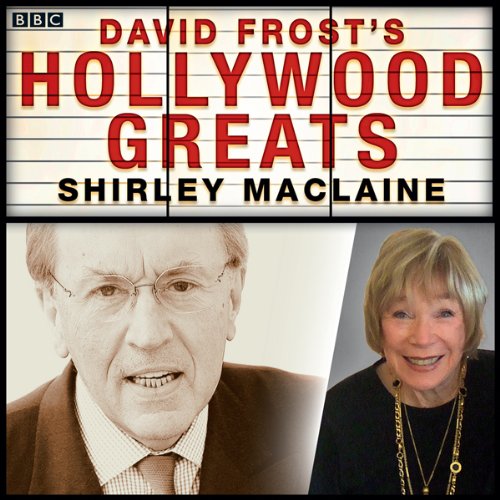 By: Shirley MacLaine
Narrated by: David Frost
Free with a 30-day trial

In this fascinating series, veteran broadcaster Sir David Frost talks to a selection of his favourite film stars, beginning with Shirley MacLaine, who won an Oscar for her role in Terms of Endearment and starred in the third series of Downton Abbey. Shirley gives a frank account of her time in show business, from her big break as a stand-in for actress Carol Haney to the huge success of films such as Sweet Charity and Irma la Douce. She remembers meeting Alfred Hitchcock for the first time (remarking that he looked like a ball) and her crush on "Rat Pack" stalwart Dean Martin. Shirley also recounts how she became enthralled in the glamour and glitz of Hollywood when she took her younger brother, Warren Beatty, to the local movie house. She is eloquent on the subject of her extraordinary life, from mixing with America's political elite such as the powerful Kennedy family to UFOs and her sincere faith in reincarnation.