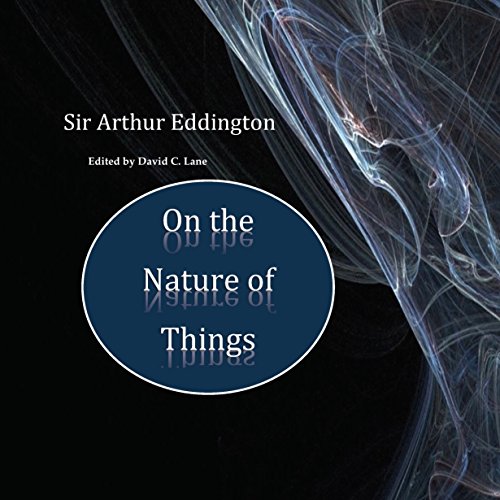 Sir Arthur Eddington: On the Nature of Things

By: David Christopher Lane
Narrated by: Neil Reeves
Try for $0.00

It is not too often that a brilliant scientist is also a wonderfully gifted writer. Sir Arthur Eddington was both. Brought up as a Quaker (he was a pacifist during World War One), Eddington was by all accounts a brilliant mathematician and physicist, who eventually became a professor of astronomy at Cambridge University. Sir Arthur Eddington is perhaps most famous for partially confirming Albert Einstein's theory of relativity back in 1919. Sir Arthur Eddington was also famous as a popularizer of science and for advocating a more mystical view of the universe, one which exceeded the grasp of materialistic science. In this regard he was something of a renegade and though his writings on the mathematics of relativity won universal praise, his more spiritually speculative philosophy was met with resistance in more staid scientific quarters. The following book includes selections from Eddington's two most well-known writings, The Nature of the Physical World and Space, Time, and Gravitation. The excerpts that we included are "On the Nature of Things" and "Reality". Hopefully these small literary gems will serve as intellectual appetizers to listeners not familiar with Sir Arthur Eddington and inspire them to look deeper into this fascinating man and his scientific philosophy on the universe at large and our precarious place within it. Also included is a brief biography which goes into some detail about his life and work.

What listeners say about Sir Arthur Eddington: On the Nature of Things

On The Nature of Things

This book is a fantastic scientific manual! Thank you much for referring it over. I very much enjoyed it!