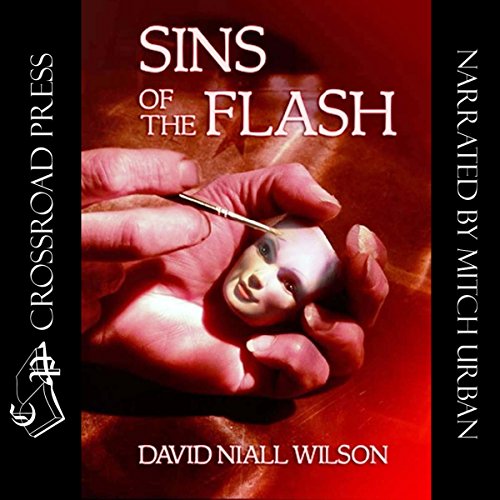 Sins of the Flash

By: David Niall Wilson
Narrated by: Mitch Urban
Try for $0.00

Christian Greve is a photographer. He waves teddy bears at little children, arranges families like vases of flowers, and records graduations and dances for posterity. As a child, he was raised by a mother who thought he made a good mannequin to practice her makeup on... and a good plaything for her tricks.

Then Christian decides his fame as a photographer has been sabotaged by his models. They conspire against him, moving just enough to throw off his shots - laughing at him behind his back. When a chance encounter with two teenagers on the street escalates out of control, he takes matters into his own hands. People start to die.

Detective Tommy Doyle, known to the citizens of San Valencez California as "The Psychos 'r' Us" cop, finds himself with a growing string of dead bodies, some of the strangest clues he's ever run across, and very little time to find and stop a killer before the death toll rises.

This is the first full-length Tommy Doyle novel, following on the success of his debut in the novelette "Burning Bridges", published in the anthology All Hell Breaking Loose.

What listeners say about Sins of the Flash

Psychological thrillers are unnerving by their very nature. When that genre is told from the POV of the psychopath, the ick factor just ratchets up a notch. This listen was icky on so many levels. That's not to say this book was not awesome because it was. It was just a little too well-written. The narrator was well-suited for this story. I very much liked Urban's performance. There were some editing issues (mostly repeat sentences) that happened enough to note it but he did deliver a very complex listen. I usually like sequels but I'm so glad this book is one and done.