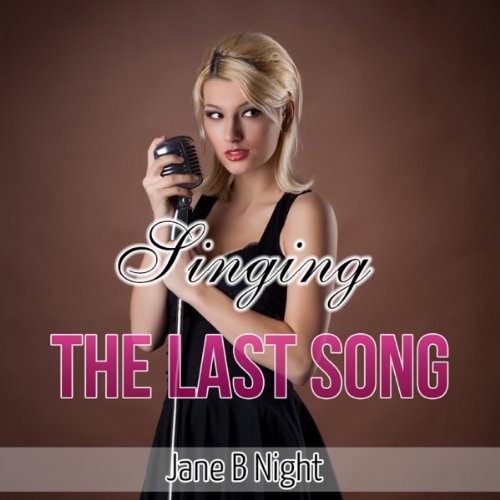 By: Jane B. Night
Narrated by: Ashley Huyge

Birdie Louis will do anything to get out of her hometown and away from the memories of her dead parents and brother. She joins band Rev 21 to protest World War III even though she is required to sleep with co-singer Neil and guitarist Eric.

As they sing songs for change she soon finds herself loving both of the haunted men who she makes music with. But, in a world immersed in war, there are few chances of happily ever after.

Sharon Louis is a widow and the mother of a young son. She is also a member of the Nation of Allied Scientists for Peace (NASP). She has been assigned to choose 100 children to preserve in underground caverns when NASP releases a bomb that will end all life on the surface of the earth. She must decide whether to put her son in the caverns where he will live out his life with no fresh air or sunshine; or to keep him at her side so that they can join his father in Heaven when the bomb explodes.

Would you try another book from Jane B. Night and/or Ashley Huyge?

Yes. In fact I will be listening to Educating Autumn next.

If you’ve listened to books by Jane B. Night before, how does this one compare?

Her tone and inflection were rather flat. She didn't do a poor narration but other than for the child, she has no ability at voice distinction.

Not knowing what to expect as I didn't read the publisher's introduction, for a while I wasn't sure I really liked what I was hearing but in the end the characters and 'too close for comfort' ideas finally won me. With turmoil ever present nearly everywhere, this scenario is not all that far-fetched. While I've never been impressed with graphic language or sexual content, I must say people do act/react/interact this way throughout the world. This story may be a morbid alternate reality but it's one worth hearing.

I received this story as a free gift from the author and Audible.com. I appreciate the opportunity to read and review. Thank you.