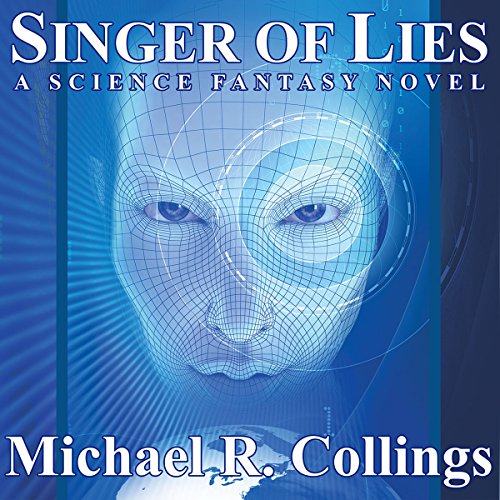 By: Michael R. Collings
Narrated by: Darren Marlar
Try for $0.00

Shipwrecked on a savage planet sunk into Dark Ages barbarism, Erik Baanfeld must find a way to adapt his modern-day skills into a primitive mode - or face a short, unhappy life as a beast of burden. His only chance is to become a - Singer of Lies!

What listeners say about Singer of Lies

Started off strong but then petered out.

Marquette and Baanfeld become shipwrecked on a colonial planet. At first, things don’t look too bad. They can call for help and hold out until it arrives. That is, until they are attacked by a large, aggressive native animal. Erik Baanfeld soon finds himself living among the descendants of the original colonists, fighting to find his path in their society.

On the surface, this book looked very exciting. I was quite looking forward to jumping into it. Indeed, it starts off strong. The vast galactic empire seeded viable planets with colonists through the ages. Now, ships have been sent out to investigate these colonies, and bring them back into the tech fold as necessary. Marquette is the man in charge on this mission and Erik is his little-noticed engineer. Once they crash land on the planet, Erik tends to Marquette’s wounds. They have supplies and the ship provides shelter, so there is no immediate threat…. except for the native fauna.

With the animal attack on the ship comes first contact with Wierden, who is a kind of scout for his people. Wierden himself starts off a bit enigmatic, but we learn more about him in little pieces. I quite liked his character. It quickly becomes apparent that Erik and Marquette must go with Wierden. Unfortunately, Marquette is lost to the wilds of the planet pretty quickly. Erik is grudgingly taken in by Wierden’s people, who have based their society on the old Beowulf sagas.

And that is where the strong points of the story end. From this point forward, the tale is a re-imagining of Beowulf, complete with a Grendel beast and warriors. This made the tale predictable. In fact, it reminded me a bit of Michael Crichton’s The Thirteenth Warrior in which we have someone from an outside culture looking in at the Nordic culture.

Erik Baanfeld’s character started off interesting. At first, I honestly wasn’t sure if he was fully organic of some kind of cyborg created to be the ship’s engineer and all around laborman. But later it becomes clear that he is, indeed, totally organic. He is smaller than all the other males in the story, and this seems to weigh on him over much. In fact, this point came up again and again and became a bit tedious. I wondered off and on through the story if he was bred that way as he belongs to this particular work class. So, I had this impression that he was created or grew up in a kind of sterile environment devoid of friendships and family and with a solid focus on training and servitude. But later we learn that the Empire put him through university and he was on a track team. Lots of mixed signals on this character – do I feel sorry for him or not? In the end, I didn’t.

There are only two female characters for the entire story. Sigh….. And, I bet you can guess their roles: sex object and love interest. Yep. That was a huge disappointment. I think between the two of them, they had perhaps 20 lines, maybe less. They make no decisions and don’t add to the plot. For modern published SF, this is a huge drawback for me.

There’s a lot of emphasis on caste in this story. In fact, the lowest of the low is the shepherd who tends the goat-like animals. While this made for some drama in the plot, it also didn’t make sense. This little society needs all the food they can scrape together. So treating the shepherds so poorly means the animals will suffer in some regard and therefore the society as a whole will suffer. Additionally, since this society is basing it’s norms on the old Nordic sagas, then they would have some respect for the shepherds, as in the old Nordic culture. Once again, as with Baanfeld’s background, we have this contradiction that doesn’t add up.

Erik spends quite a bit of energy trying to find a place in this society and he eventually notices the role of the story teller. As said in the description of the book, Erik must make a try at becoming the Singer of Lies – this story teller. When he makes his big move, there is some build up and the scene holds promise. However, then it falls short and I was left unimpressed with Erik’s story telling skills. He comes from a galactic empire and he has so little to share with this isolated society?

There you have it. The story started off strong with lots of potential. It had me excited to be here giving it a listen. Then it became predictable, a bit misogynistic, and it lacked in originality. The ending does have an exciting action scene followed by little more on the Empire’s scout ships checking on the colonies. The door was left open for a sequel, though the story arc for this book felt complete.

I received a copy of this audiobook from the narrator (via Audiobook Blast) at no cost in exchange for an honest review.

Narration: Darren Marlar did a good job with this story. It is told in Erik Baanfeld’s voice and Marlar had a nice even tone for him. He imbued the characters with emotions, as needed. I liked his gruff, accented voice for Wierden. His female voices were distinct and believable.

Heard of this book through an ad on the podcast Weird Darkness. Story unfolded in an unexpected way though parts though it predictable in the second half. Enjoyed the incorporation of Beowulf. As a fan of Star Trek, this felt a little like that, as though Sulu or Chekov had been stranded in this world of The Folk. What if a woman had been stranded there instead of a man?
Mr. Marlar's narration and use of character voices helped make the tale more vivid.