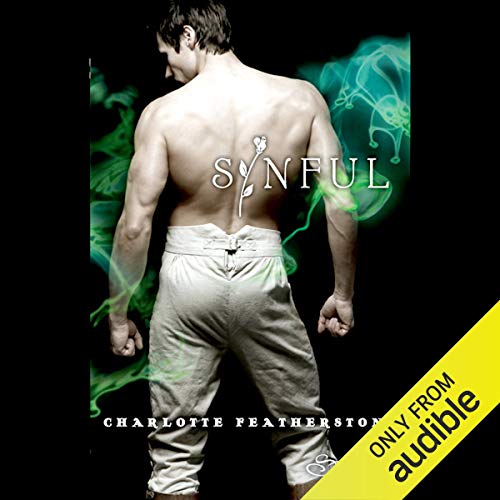 By: Charlotte Featherstone
Narrated by: Victor Villar-Hausar
Try for $0.00

In Victorian England, vice of every kind can be purchased, and Matthew, the Earl of Wallingford, makes certain he avails himself of every possible pleasure. Bored and jaded, he is as well-known for his coldness as for his licentious affairs with beautiful women.

While these numerous dalliances fulfill Matthew’s every physical need, they secretly leave him numb and emotionally void. Until one night, when he finds himself beaten, eyes bandaged and in the care of a nurse with the voice of an angel—and a gentle touch that soothes the darkness in him and makes him yearn for more.

Yet Jane Rankin is a lowly nurse, considered shy and plain by most. There is no place for her amongst the lords and ladies of the aristocracy—despite Matthew’s growing craving for the fire that burns behind her earnest facade. And then there is Matthew’s secret. A secret so humiliating and scandalous it could destroy everyone he loves. A sin, he fears, not even the love of a good woman can take away….

What listeners say about Sinful

Gets better as it goes

As I listened to the beginning of the book I thought it was going to be all about sex and lacking in depth and plot. I almost considered turning it off. Glad I didn't. This book does have a good story and definitely gets better as it goes.

I read the other reviews and decided to purchase this book. I found it long and unfulling. Both charaters were cowards and a disappointment. I found the end a sham considering the time period in which the book was set. It felt like the author wrote herself into a corner and couldn't find a way out.

It's really hard to get into the book when the narrator is not doing a good job. To be fair though, it looks like this was his first audiobook. He has a long way to go, but I think that he can end up as next Phil Gigante since he does have a really nice voice.
Things that bothered me:
- conversation needed to be more 'conversational' and not just plain reading
- no real distinction between female/male voices. Although the voice for an old duke was well done.
- randomly pausing in the middle of sentences which annoyed me to no end

I did appreciate the ending. It was a non-traditional HEA. I couldn't figure out how the author was going to "fix" things so it would end in the traditional hearts and flowers. She didn't, but things still worked out. It made the book more satisfying.

I couldn't stop listening. It was raw & heart wrenching. I rarely give 5 stars to a romance, so this one was exceptional. I loved it.

This is an excellent listen! I would describe it has Jane Austen with steamy sex scenes.

That’s a yikes from me.

The twists and turns in the plot were fantastic! Not your usual story, and the characters had real lives. I had to keep backing it up because the narrator voice was so soft as to be difficult to hear, especially when things got really good.

Good except the end.

Good story and writing. BUT the ending is not what I consider a HEA. The heroine winds up a mistress—very disappointing.

This was a beautiful love story! I cried and I felt for the main couple. Narrator WAS Well Spoken . But, the ending is disappointing.