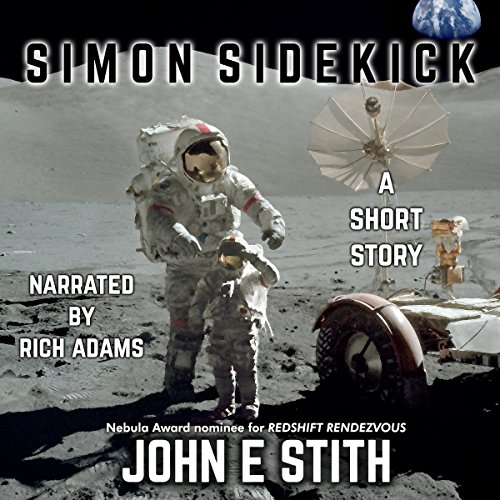 "Simon Sidekick" is a short story from the Nebula Award-nominated author of Redshift Rendezvousand Manhattan Transfer.

Carl lives in a lunar colony and has a hard time making friends. Until his uncle gives him smart-watch AI called Simon.

Originally published in Dragon Magazine. Reprinted in Moon Miner's Manifesto, the publication of The Moon Society.

Narrated by Rich Adams, who has been a professional actor, voice actor, director, and scenic and lighting designer for the past 35 years. He has been seen in numerous films and commercials, and as a voice actor has been heard in dozens of radio commercials, voice-overs, and radio plays.

What listeners say about Simon Sidekick

Oh so that is how boys think

Gentle coming to maturity story. Only HAL can guide them.
Should appeal to sci fi kids.

Such a great short story!!!

If you could sum up Simon Sidekick in three words, what would they be?

Carl.. he reminded me of myself as a child. Alone and hard to make friends with. In then end he saw that it was not him against the world.

Which character – as performed by Rich Adams – was your favorite?

John's writings are so wonderful. I really cannot wait to get his other audio books coming out.