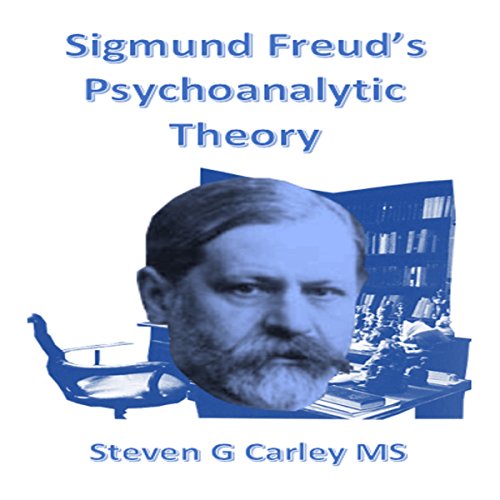 Despite Freud primarily regarding himself as a scientist, his definition of science somewhat varies from the traditional notions of modern psychologists. Freud's reliance is increasingly on deductive reasoning as opposed to rigorous methods of research, and his observations are subjective, corresponding to a relatively minimal sample of patients mostly comprising the upper and upper-middle classes. Freud does not make observations under controlled conditions, nor does he quantify his data. Freud almost exclusively makes use of the case-study approach, formulating his hypotheses after the facts of a case become apparent.

The narration sounds like a computer reading. It is so bad it is almost impossible to listen and actually absorb what is being said. To make matters worse the content is equally terrible. At some points it sounds like a list of random (sometimes irrelevant) facts rather than any sort of attempt at sharing organized relayed ideas. I rarely write reviews and I regularly listen audible books but I felt obligated to warn others - all of these "books" read and written my Steven Carley are really worthless.

This is incredibly boring and dull to listen to

Carley wrote and spoke this text - in EVERY sense incredibly dull and bring as he uses extremely short sentences and always the same sentence structure - the information given is very tainted by the authors own feelings and views - totally not useful!

Has Sigmund Freud's Psychoanalytic Theory put you off other books in this genre?

no - it only put me off this author!

Would you be willing to try another one of Steven G Carley MS’s performances?