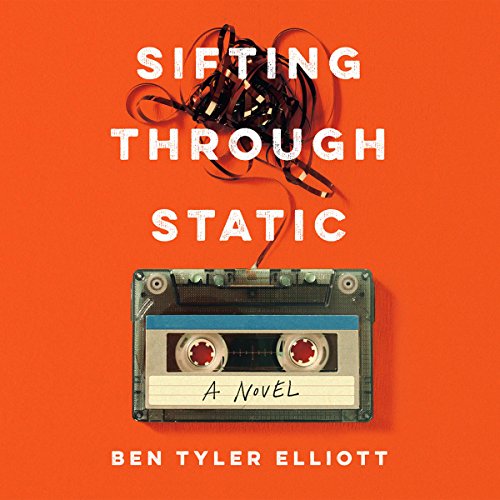 In the winter of 1968, a young woman named Harriet disappears outside of Denver. Soon after, her father dies mysteriously. The family's three remaining sons - Wayne, Roy, and Conrad - grow increasingly distant as the specters of murder, family, and suspicion loom.

As the brothers grow older, they learn that loss comes in many forms - in absence and silence, and in death. Decades later, Wayne's only child confronts the brothers, uncovering long-buried resentments that have plagued the family for generations. We encounter Conrad, an ex-army alcoholic, the now sober but wheelchair-bound Roy, and an increasingly distant and reclusive Wayne - delirious with the belief that he can create his own history.

Profoundly dark and tragically honest, the narrative arranges each brother's testimony into a fractured conversation - one that, were it real, could bring the brothers back together after a lifetime of estrangement. Through a discord of interviews, undelivered letters, and transcripts of Wayne's compulsive audio recordings, the brothers sift through the layers of resentment, bitterness, and betrayal that marred their adolescence. Each distorted memory brings the narrative closer to the truths of Harriet's disappearance and her father's erratic demise. But memories decay quickly, and the brothers' recollections serve only to expose a darker beast feeding at the heart of the broken family - one shrouded in suspicion and governed by regret.

What listeners say about Sifting Through Static

A really different experience but great

Really cool book from a promising, young writer. Loved the effects and production. Really does seem like non-fiction.

Love the way this was recorded. Really sounds like original audio footage. Great job all around! Engaging and rewarding.

Seriously love the way they made this. Good production and amazing voice acting. Wish more books had this kind attention to detail.

Seriously a good book. Great characters and and a very interesting approach to the audio recording.

This was really awesome. Sucked me right in. No joke. Loved it. Incredible effects on the voices.

What a crazy book. Love how it was recorded and the tape effect. Sound real. Like found footage.

What a unique book. So perfect for audio. Love the special effects and filters. Really sounded like tape recordings.

Definitely one of the most unique audiobook productions I've heard. Subtle but daring. I love the feeling of listening to these old tapes. Listen to believe. AWeSOME!

A tale of estranged siblings

The ending...but I'd rather not give anything away. ;)

This was really cool to listen to. The special effects really added to story a great deal. Fantastic audiobook!