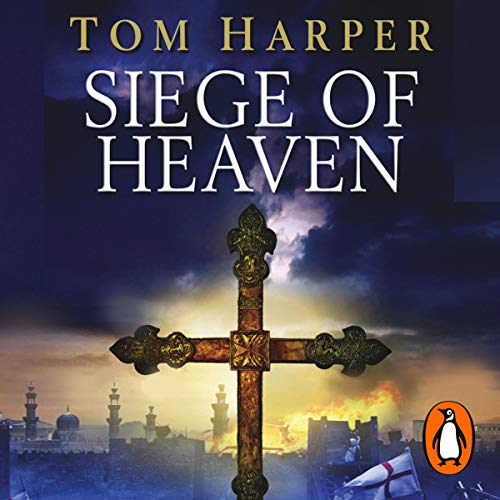 By: Tom Harper
Narrated by: Gareth Armstrong
Try for $0.00

August, 1098. After countless battles and sieges, the surviving soldiers of the First Crusade are at last within reach of their ultimate goal: Jerusalem. But rivalries fester, and while the Crusaders delay, new enemies are amassing against them in the Holy Land. Demetrios Askiates, the Emperor's spy, has had enough of the Crusade's violence and hypocrisy.

He longs to return home. But when a routine diplomatic mission leads to a deadly ambush, he realises he has been snared in the vast power struggles that underlie the Crusade. The only way out now leads through the Holy City.

From the plague-bound city of Antioch to the heart of Muslim Egypt, across mountains, seas and deserts, Demtrios must accompany the army of warlords and fanatics to the very gates of Jerusalem. Where, as the lethal end-game plays out, the crusade climaxes in an apocalypse of pillage, bloodshed and slaughter.

What listeners say about Siege of Heaven