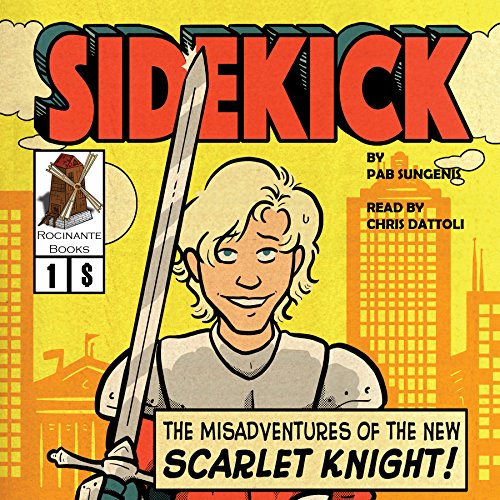 By: Pab Sungenis
Narrated by: Christopher Dattoli
Try for $0.00

Getting into Doctor Warhammer's secret fortress is easy. Getting into your first choice of colleges isn't.

After the superhero Scarlet Knight is killed, his former sidekick and foster son Bobby Baines is drafted to take on the fallen hero's mantle and secret identity. He struggles to balance his new responsibilities with his senior year in high school.

Will Bobby be able to avoid expulsion when a random locker check turns up his sword? Will he be able to find a way to defeat the giant squid bearing down on his school and still finish his Spanish homework before second period? And when the mysterious killer who took out the original Scarlet Knight strikes again, will Bobby be the one to solve the mystery and bring the killer to justice? Or will he be just another victim?

What listeners say about Sidekick