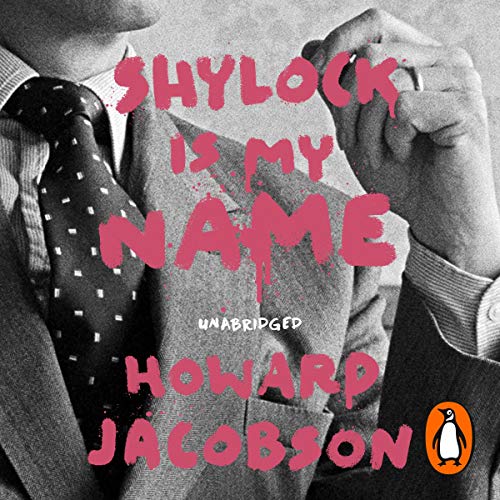 Shylock Is My Name

By: Howard Jacobson
Narrated by: Michael Kitchen
Try for $0.00

With an absent wife and a daughter going off the rails, wealthy art collector and philanthropist Simon Strulovitch is in need of someone to talk to. So when he meets Shylock at a cemetery in Cheshire's Golden Triangle, he invites him back to his house. It's the beginning of a remarkable friendship.

Elsewhere in the Golden Triangle, the rich, manipulative Plurabelle (aka Anna Livia Plurabelle Cleopatra a Thing of Beauty Is a Joy Forever Christine) is the face of her own TV series, existing in a bubble of plastic surgery and lavish parties. She shares prejudices and a barbed sense of humour with her loyal friend, D'Anton, whose attempts to play Cupid involve Strulovitch's daughter - and put a pound of flesh on the line.

Howard Jacobson's version of The Merchant of Venice bends time to its own advantage as it asks what it means to be a father, a Jew and a merciful human being in the modern world.

What listeners say about Shylock Is My Name

A beautiful, bold reimagining of The Merchant Of Venice. Rich, engaging characters that portray excellent counterparts to the original. Great twist at the end - even if you know how Shakespeare ended it!