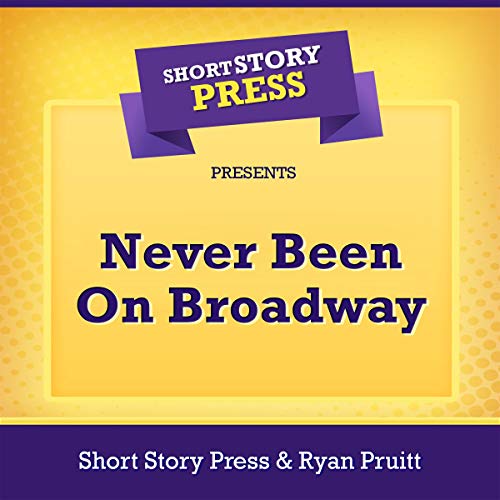 Never Been on Broadway is a romantic short story about the reality of fame and about how far away from reality the famous can be. The story follows the first day of Evelyn Alford’s first ever trip to New York City.

We meet her working actor cousin Eric Freeman, a young man trying to balance an ever-growing fame with the humble beginnings from where he came, Johnny Edwards, a man born in the spotlight but an actor bordering on irrelevancy whose play opening that night marks a critical juncture in his career.

The allure of Broadway, the millions who come each year seeking fame but the few who truly understand the luck and the randomness involved. Never Been on Broadway goes behind the closed dressing rooms doors and shows the true fears and attitudes of today’s stars living in a 24 hour social media world.

Evelyn, while suffering misfortune in her own life, provides an inspiration and strong female lead character who has never played the victim and continues to see things half-full; she represents the best of America, a country that does its best when it has been knocked back on its heels.