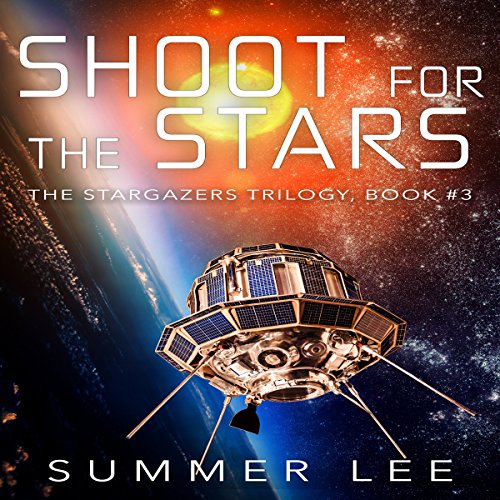 Shoot for the Stars

By: Summer Lee
Narrated by: Robert Grothe
Try for $0.00

As the world heads closer to the Tribulation, Solomon awakens from months of being hooked up to a virtual reality machine. During his recovery, he clings to his faith but doesn’t know which are the VR memories and which are his real ones. He even worries that his real memories may have been altered, but he has important work to do: God’s work.

The Bible foretold that the sun, moon, and stars would show signs in the sky during the end of days. Since Solomon’s specialty is mapping the stars and finding their connection with the Bible, he feels he must warn the world about the impending catastrophes in the end times.

Solomon believes that NASA has the missing information he needs, but will the head of Project Interstellar take him seriously? As people from his virtual reality start showing up in Solomon’s reality, his safety - and his sanity - are at risk, especially when he’s told that certain adversaries want to ensure that he never reaches Project Interstellar.

When Solomon is pursued by God’s powerful enemies and warned to stay away from the stars, he knows there’s only one place to turn for help. But will he solve the mysteries of the stars in time to save people’s lives? Or will he die in his quest to help others?

Shoot for the Stars is the third novel in the Stargazers trilogy about the impending end times on Earth by acclaimed Christian author Summer Lee.

What listeners say about Shoot for the Stars