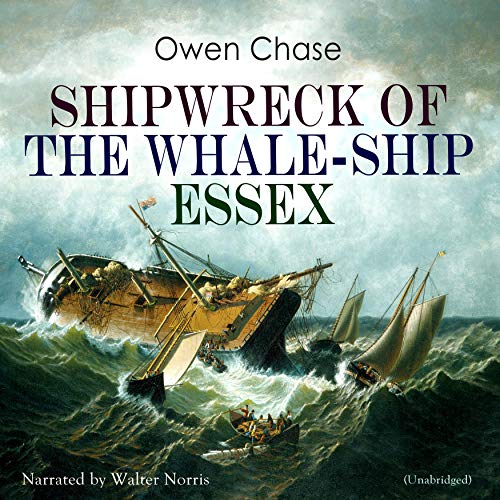 Shipwreck of the Whale-Ship Essex

By: Owen Chase
Narrated by: Walter Norris
Try for $0.00

"Shipwreck of the Whale-ship Essex" (1821) is a memoir by Owen Chase. As 21-year-old first mate of the Essex, he left Nantucket on August 12, 1819 on a two-and-a-half-year whaling voyage. On the morning of November 20, 1820, a sperm whale (c. 26 m), twice rammed Essex, sinking her 3,700 km west of South America. The closest known islands, the Marquesas, were more than 1,900 km to the west and the captain intended to make for them but the crew feared the islands might be inhabited by cannibals and voted to make for South America.

Unable to sail against the trade winds, the boats had to sail south for 1,600 km before they could use the Westerlies to turn towards South America, which would still lie another 4,800 km to the east. Of the 21 men in three whale boats who began the journey, eight survived: three who chose to remain on a barely habitable island and five in two boats who attempted to reach South America and who were forced to resort to cannibalism to remain alive.

What listeners say about Shipwreck of the Whale-Ship Essex