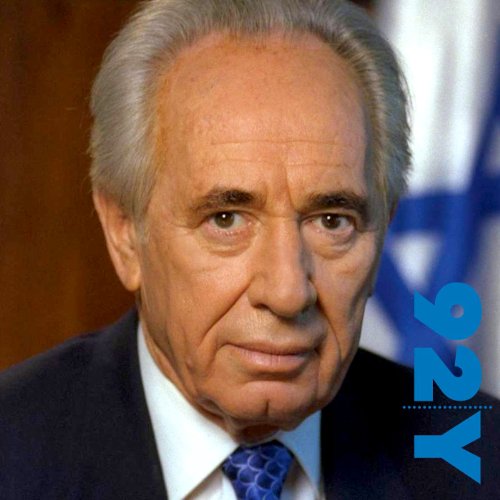 Shimon Peres and Michael Bar-Zohar at the 92nd Street Y

Shimon Peres and Michael Bar-Zohar at the 92nd Street Y

Israeli president, former prime minister, and Nobel Peace Prize winner Shimon Peres is one of the great statesmen of the modern world. Peres is also a fascinating, complex man: a brilliant intellectual who is entirely at home in the corridors of power, an individual revered by the world and yet highly controversial in his own country, at once a hero and a figure of tragedy. Listen as Shimon Peres sits down with his official biographer, Michael Bar-Zohar.

Bar-Zohar is the award-winning author of 30 fiction and nonfiction books. Ben-Gurion, his definitive portrait of Israel's founder, has been translated into 14 languages. He has been active in Israel's political life and has known Shimon Peres since 1961.