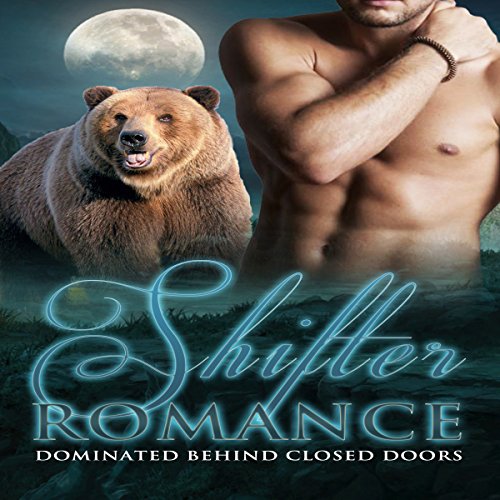 By: Kathleen Hope
Narrated by: Jodi Hockinson
Try for $0.00

"I swear, Liz, I almost flipped him the bird and told him to 'file this'." Liz chuckled and Ava grinned, feeling her mood lighten as she remembered how tempted she had been to do something so out of character.

It hadn't always been this way. When Ava and Michael had first gotten married, he was a handsome, caring and affectionate law student, a year away from passing the bar. But, in the four years since then, he'd become more and more preoccupied with his love for his job. At first, she had been so happy for him, thrilled that he had ended up in an occupation he was so passionate about. But then, he started coming home later and later during the week, and eventually pulling all-nighters at the office every now and then when a big case was just around the corner. But, at least when they were together, they were really together, still sharing their passions and interests, and indulging in the fiery intimacy they shared. "Oh God, how I miss sex," Ava thought silently.

What listeners say about Shifter Romance: Dominated Behind Closed Doors

A nice start but no real ending

There is no ending it doesn't explain anything as they said they needed to talk about their attractions they never did. There is nothing there to say there will be another book so you are left hanging.

I thought for the nature of this book it started off really well and held my attention. I thought the author would go in one way but she went in another which was okay with me. It had a wonderful plot but not one of my questions was answered. There was a lot of steamy sex scene but no real depth to the story. The shifter said meet me tomorrow so we can talk about what is between us, they meet but they never talk about the issue at hand. The story leaves you hanging with not a word of there being another book or even if this is a series.

I give Jodi Hockinson a 4 star I felt she did a good job but a few times her tone was a little off. She did put feeling into the read and gave you great emotions, her character voice had almost no change until it came to the man with just a little change. She was able to keep me interested. I would listen to more audios by her.

The Performance of the audio was great, I heard no background noise it was clear which amde it a great listen.

I do prefer more story to my sex which really was hot and steamy so that part was great. I would have liked to have known what the attraction was between the two and if she was going to leave her husband. I did feel Ava should have tried more to keep her marriage together. Not much was said about that just that she didn't want to have an affair she believed in her vows but when she met Ethan she was pulled to him with no reason given. If there is to be another book which it has never been said it would have made a better read to have the whole story as one book which would have given it a higher star. Nowhere in the Publisher's Summary does it say this is an Erotic Read.

If you are looking for a lot of hot steamy sex this book is great. The scenes are hot and wonderful. Just keep in mind there will be no questions answer and no reason given. For me even though it was a great start to a story with a wonderful plot this author didn't do it for me. Please do not take my word for it you might give it a try yourself.

HAWT… I never use that word.. like ever and but this book you just gotta use words you wouldn’t.

Ava is in a dying marriage. She doesn’t know what to do? Does she stay or does she go?
Ava hikes with her best friend and they encounter a bear.. and Ava is oddly drawn to it. It’s something about his eyes.

Ethan has been fighting the pull toward Ava for a long time, but finally he can’t any longer and boy howdy do things HEAT up. ;-)

Other books by Jodi Hockinson, I was so, so with. But this book she did a great job I think. Very enjoyable audio.


*Given for an Honest Review.*

This book finished too quickly for me. It’s got a very good start and the potential to turn in to so much more is there but it just stops. I guess if you are looking for a really quick read, something to listen to while you soak in the tub, this would be great.

This book is not with a capital HOT.

This book may be short but it is hot, sexy and full of passion. I just wish it was longer. Damn!

Well I liked the primes of the story I wish there had been more story more about Ethan and Ave. I enjoy a great story over the sex part. This really has a lot of potential I hope the author will cont. the story but give us more about his characters. That being said I like the story.