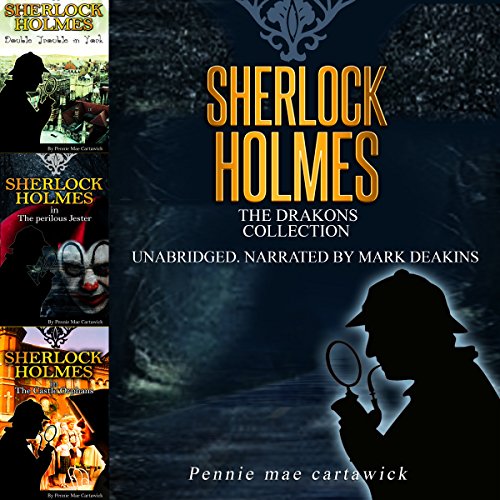 Story one: "Double Trouble in York"

Upon hearing that I had to consciously resist the temptation that I had to peek through the drapes to see if I could catch a glimpse of that scoundrel. Holmes continued, "It is time, Watson." "Time for what?" "Time for you to be viciously murdered in cold-blood. Grab your hat and let us go downstairs." "Murdered?" "Come now, Watson, we mustn't keep your assassin waiting. I assure you everything will be fine."

"Another body, Holmes!" shouted Watson over the roar of the mob. We were shoved around as a row of policemen attempted to stop the crowd from surging forward. "Go home!" yelled the police, swatting at people with their truncheons, though not to harm them.

"How often does he visit you?" added Watson, producing his pipe from his pocket. He searched the same pocket for a match, then lit the device. "He visits every week, and every few nights. He likes to sneak in the window and take things back to his castle!" The small girl played with the little tiger upon her knee.

Set in the late 19th century, no fictional character is more renowned for his powers of thought and observation than Sherlock Holmes.