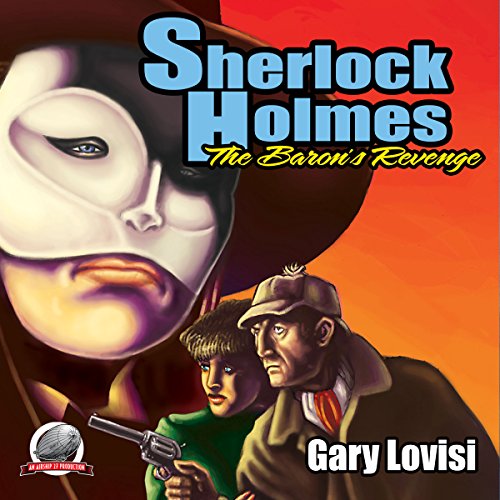 The return of Baron Gruner

In 1902, Sir James Damery enlisted the aid of Sherlock Holmes to prevent the daughter of an old friend from marrying a womanizing Austrian named Adelbert Gruner who was suspected of murdering his first wife. Dr. Watson chronicled the case as "The Adventure of the Illustrious Client". By its conclusion, Gruner was exposed to the young lady when Holmes came into possession of an album listing his many amorous conquests. Then a former prostitute mistress took her own revenge by throwing acid in his face and permanently disfiguring him.

Holmes believed the matter concluded. He is proven wrong when a hideous murder occurs rife with evidence indicating the Baron has returned. Soon the Great Detective will learn he has been targeted for revenge in a cruel and sadistic fashion. Not only does the Baron wish his death, but he is obsessed with causing Holmes emotional suffering. He desires nothing less than the complete and utter destruction of the Great Detective in body and soul.

Gary Lovisi spins a fast-paced tale of horror and intrigue that is both suspenseful and poignant, all the while remaining true to Arthur Conan Doyle's original stories. The Baron's Revenge is a thrilling sequel to a classic Holmes adventure fans will soon be applauding.

What did you love best about Sherlock Holmes: The Baron's Revenge?

The twist in having Holmes tell the story rather than Watson.

Shinwell Johnson, the thief who ends up saving the Holmes & Watson.

Yes, I listened to his Sherlock Holmes - Secret of the Dead. His narration of Holmes stories is truly wonderful and fun.

The ending with the final confrontation was highly emotional and did move me deeply.

Will happily listen to any future George Kuch narrations.