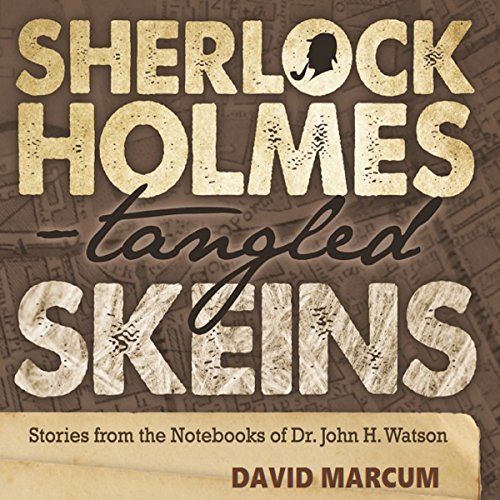 By: David Marcum
Narrated by: Anthony Howard
Free with a 30-day trial

Sherlock Holmes' investigations were not always the neat and self-contained stories that were presented for publication. Holmes' cases overlapped one another considerably, often with the next beginning while the current was still in motion. Some moved linearly from start to finish without interruption while others stretched, a piece here and a piece there, across weeks, months, or even years and decades. There are cases from the past that resonated into the present or times when Holmes' path was detoured from the middle of one case into a completely different matter without warning. A few never reached any conclusion at all. Sometimes Holmes would find himself surrounded by the returning ripples of a matter that he had believed to be concluded years earlier, with the guilty miscreant supposedly far behind him. Watson chose the stories in this collection to represent this tangled skein. Join us as we ascend the 17 steps to the sitting room at 221b Baker Street, discovering cases that range from Holmes' earliest days in practice to his activities during his supposed retirement on the South Downs of Sussex. The game is afoot!

The stories good. The reader was talented but the soft raspy voice not so much.

The stories were very enjoyable. The only problem I really had was with the narrator. He sounds so breathy like he's trying to tell you a secret; that's only mainly when he does Watson's voice. Other voices were pretty good.
Very good Sherlock stories. Really liked that so many of them referenced back to some old cases that I have already read.

Narrator has a lisp

Horrid narrator, stories were alright but you really have to pay close attention to every word.