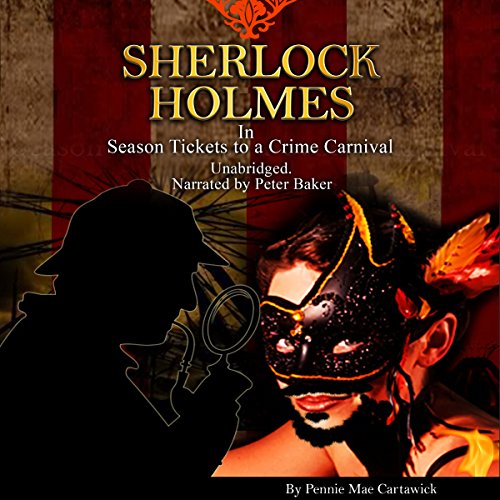 The 21st crime mystery in this Sherlock Holmes series. Travel alongside a carnival where murder is on the agenda. Narrated by Peter Baker, a well-known British television personality on the BBC, commercial radio, and TV.

A woman's scream pierced the silence, and the tent erupted into chaos. I grabbed Watson's coat to steady myself as the audience swarmed down the platform and towards the exits. I could scarcely believe the reaction.

Check out other Sherlock Holmes short story mysteries in this series:

Twenty-first in a string of new short stories set in the late 19th century. No fictional character is more renowned for his powers of thought and observation than Sherlock Holmes.