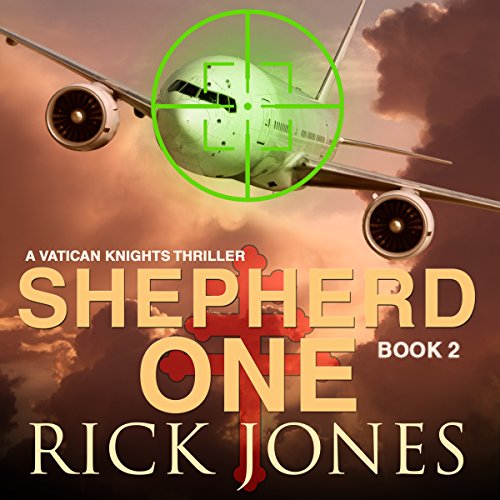 By: Rick Jones
Narrated by: Adam Jeffrey Hanin
Try for $0.00

While traveling across the United States during the Papal Symposium, the papal plane, Shepherd One, is commandeered by a terrorist cell calling itself the Muslim Revolutionary Front. On board: a nuclear payload with half the yield that destroyed Hiroshima. Their demand to the US government: assassinate the five leading principals of Mossad. While the American leadership is forced to follow through with a proposition that would cripple the intelligence network between the allies, Pope Pius XIII is not without his own weapon. On board Shepherd One is his personal valet, a man who is the leader of a clandestine op group of elite commandos known as the Vatican Knights. His mission: retake the plane and remove all hostile opposition. Using his very particular set of skills, Kimball Hayden must neutralize the situation before thousands of lives are lost, including that of Pope Pius XIII.

What listeners say about Shepherd One

Rick Jones has created a formidable and interesting group of soldiers that report directly to the Pope. The tension between being warriors and mean of God creates a unique element to this series. Wish the publisher would complete the series in the audible format. I hate it when I start a series as an audio book and then it isn't complete or every other one is recorded. It's very frustrating. However, that fact has nothing to do with my enjoyment of the author's work.