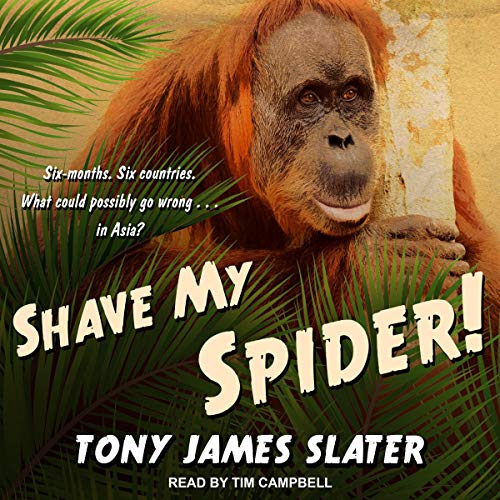 By: Tony James Slater
Narrated by: Tim Campbell
Try for $0.00

From the author of the number-one best-selling travel comedy That Bear Ate My Pants!

Tony James Slater is quite possibly the world's worst traveler. And yet, he's thinking of doing it for a living....

Faced with buying a car and getting a real job - or taking the money and blowing it on a six-month adventure around Asia...well, there really is no contest!

All he has to do is survive long enough to realize his dreams. His rainbow-haired wife, Roo, is determined to keep him in one piece - but he's not going to make it easy. Six months around Asia will make-or-break them...literally.

Join Tony and Roo on an epic journey through the weirdest and most wonderful things the continent can offer. Share their hopes and fears as they battle the wildlife, the elements, and the laws of probability to explore six fascinating and exotic countries. Together, they will prove one of the cardinal rules of travel: that nothing ever goes according to plan. Especially when you don't have one.

Full of mischief and mayhem, this hilarious adventure is one you definitely don't want to miss. One thing's for sure; it ain't no holiday!

What listeners say about Shave My Spider!

There were some fun parts, but in the end the overtones of, "great white hunter, who has never met a foreigner he didn't think condicendingly of" became a little much. Unfortunate.