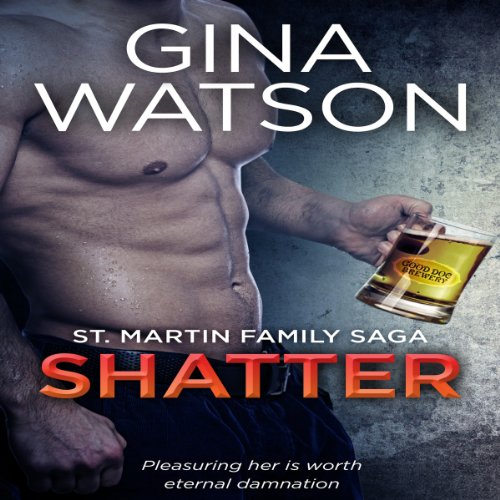 By: Gina Watson
Narrated by: Dan Pillsbury
Try for $0.00

Logan St. Martin's family is rich, which pretty much makes him rich, but he is successful twice over in his own right. He finished in the top five percent on his board exams and is a licensed pediatrician. Only thing is, he doesn't practice. After completing his residency he left medicine behind to pursue his passion. He is the successful owner of the Good Doctor Brewery in Whiskey Cove, Louisiana. He's rich, successful, and devastatingly handsome. He's also tormented by his past.

Jessie's restaurant is headed for financial ruin. Too bad there's not a handsome witty genius that can help her capitalize on her strengths. Oh wait…Logan enters her world with guns blazing. He's like a tornado and she is powerless to stop the attraction that sparks when they meet. The sex is wonderful and his expertise priceless. She's falling hard and fast, but when Logan receives information about his past things spiral out of control.

Can Jessie save Logan from the demons of his past?

She'd known him for fifteen minutes and then they had raunchy sex in her office. It was easy enough to figure out what had driven her to do it. His sexy cocky grin and bronzed skin made her weak. She'd have to remember that.

He wondered if she held herself back in the sack like she did when she was managing her office affairs. After their encounter in her office he had his answer…no, she didn't hold herself back. The woman was a goddess and she'd given him everything she had.

What listeners say about Shatter