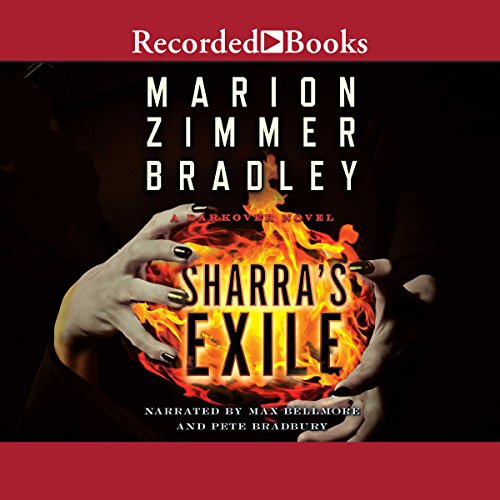 By: Marion Zimmer-Bradley
Narrated by: Pete Bradbury,Max Bellmore
Try for $0.00

After the Age of Chaos had almost destroyed civilization on the planet of the Bloody Sun, even the Sharra had been exiled. But now the Sharra had returned, embodied in the image of a chained woman wreathed in flames, an image that could change the history of Darkover forever.

The sequel to Heritage of Hastur, perhaps the single most popular of Bradley's spectacular Darkover novels, Sharra's Exile is the story of Lew Alton's return to Darkover and his battle to destroy the deadly Sharra matrix.

Sharra is raised again, and only the revealing of the Hastur Gift in its full measure can control the daemon.

What listeners say about Sharra's Exile