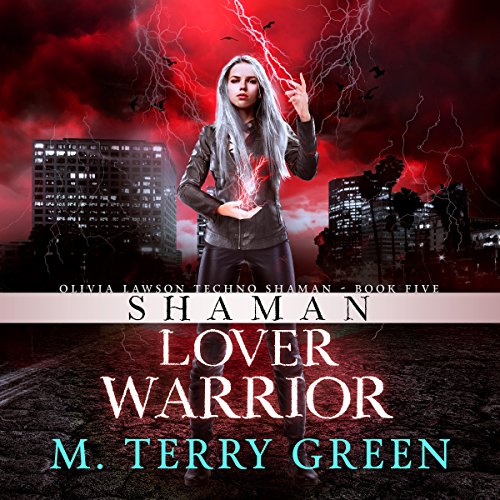 Before the airliner can touch down, techno-shaman Olivia Lawson senses something is wrong in Los Angeles. The happy homecoming she and SK had envisioned evaporates without ever beginning.

But the greatest blow comes from old friends, as well as a few persistent enemies. In Livvy's absence, not only has the shaman world changed but so have the people.

As Livvy struggles to hold on to loved ones, her past and future unexpectedly collide. Caught between the multiverse and the real world, and saving herself or doing right, Livvy learns a final truth: the real measure of love isn't fighting for someone, it's dying for them.

I am never disappointed by M. Terry Green's writing. I hope to see more of the Shaman series in the future, they will be definite purchases.

thriller with peaks and troughs / light and shade

complex McGuffin that took a while to play out. some great tensions between characters. unexpected plot twists with some unexpected closures.