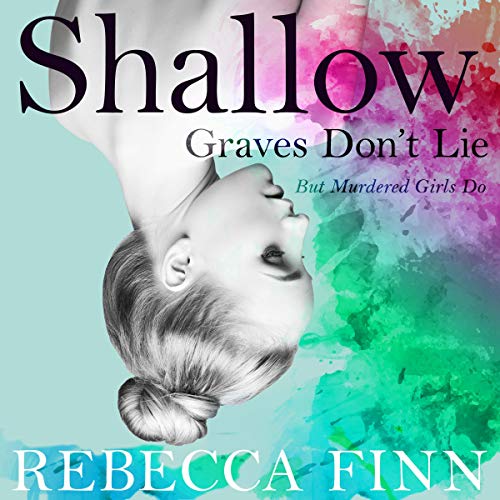 By: Rebecca Finn
Narrated by: Shelby Forbes
Try for $0.00

A suspenseful psychological thriller about one girl's search to uncover the truth behind her illusory best friend's murder.

Perfect for fans of We Were Liars and 13 Reasons Why.

Susan knows she shouldn’t get involved in the murder investigation, but as her best friend’s lies and secrets emerge, they pull her along a twisted and dangerous path.

Who kidnapped and killed Alysia Garamond? Was it the handsome boyfriend with the fractured fist and a dark past? Was it her obsessive father or her unhinged mother? Or was it someone closer to Susan...someone she’d never expect?

As Susan begins to dig deeper, it triggers new clues that make her realize she never really knew Ally at all.

Each fragment of evidence propels Susan to keep searching, but a strange thing starts to happen. She starts to see her dead best friend in the mirror.

Don't Dig Yourself Too Deep

This book was very unusual and I had a hard time following at certain points. When Alysia's body is found, it brings up so many questions that friends and family want to know. Susan, Alysia's best friend, comes to the realization that she really didn't know her best friend at all, which I think leaves a hole in heart, but she continues to press on, trying to solve the mystery of why Alysia was killed and who actually did it. Then another crazy point is her father......do we truly know those around us?

This was really good right from the start!I changed my mind on the killer a few times.No one really KNOWS anyone completely.SHelby Forbes was a fine narrator.There were a few times when whole sentences were repeated,mostly it was just a word or two.It was distracting.I was given this book by the narrator,author or publisher free for an honest review.

I was a little confused at first in this audio book but I kept listening and it all made sense in the end.  I enjoyed all the twists and turns of the book and the ending was good.  I enjoyed the narrator.  She made the book fun to listen to.  I was not prepared for this audio book but I did enjoyed it more that I first though I would because when I got confused I also wanted to give up.  But I am glad I held on! *This book was given to me for free at my request and I provided this voluntary review.*

This was an interesting story. The author did a great job keeping my attention. What I like most about this story is that once it was over, it kept me thinking about underlying implications after the fact.

I think this was a great performance by the narrator and that her voice fit the main character well.

Warning! You have to really be able to pay attention to this book or you will easily get confused. That said, it was a good book that had so many twists and turns it could make you dizzy. The ending! Holy cow, that was the biggest twist at all. Definitely a good book if you have the time to listen.

Lots of twists and turns holds your attention throughout!

Everyone you meet is capable of evil.

Alysia had been missing for five days prior to the body's discovery. At the funeral, Susan wept for her friend. She thought that they had been close, that she really knew her. She was wrong.
This psychological thri!ler by Rebecca Finn is initially intriguing, becomes compelling, sometimes surreal, as it twists it's way to a surprising ending. But despite the rather tortuous plot line, it left this reader feeling unfulfilled, needing to mentally recap what had gone before.
The book is skillfully advanced by the narration of Shelby Forbes whose pleasant to hear voices breathes additional life into the characters, with good expression and intonation.

A quick book to read, although it does demand a certain amount of concentration to keep up with the plot changes and to determine what was real, but worth the effort. My thanks to the rights holder of Shallow Graves Don't Lie, who, at my request via Audiobook Boom, freely gifted me with a complimentary copy. An enjoyable, sometimes surprising, story.