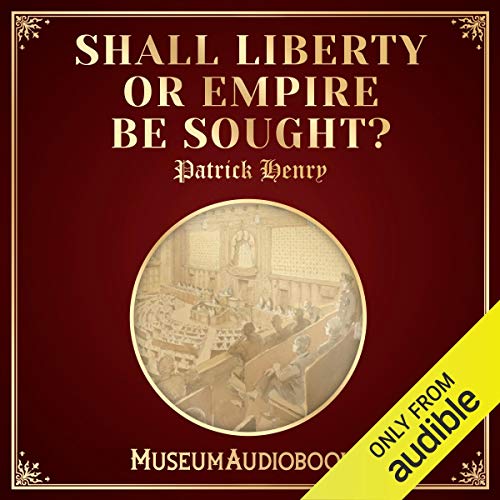 Shall Liberty or Empire Be Sought?

By: Patrick Henry
Narrated by: George Orr
Try for $0.00

Patrick Henry passionately opposed the ratification of the United States Constitution in his speech in the Virginia ratifying convention, delivered June 5, 1788. It is also known as his "Shall Liberty or Empire Be Sought?" speech. Focusing on rights and liberties, he claimed that amazing features are attributed to the Constitution, but when put to the test, they will fail.

Henry placed liberty above union, criticized the powers of the president and Senate, and warned against the creation of a standing army. He stated that he would rather have a king, lords, and commons, than a government which allows the president to control an army: “If we make a king we may prescribe the rules by which he shall rule his people, and interpose such checks as shall prevent him from infringing them; but the president, in the field at the head of his army, can prescribe the terms on which he shall reign.”

What listeners say about Shall Liberty or Empire Be Sought?