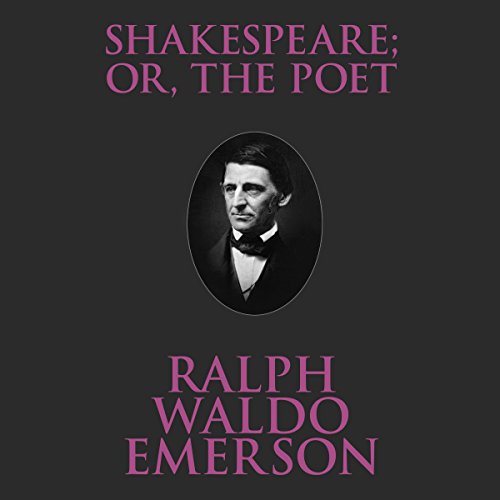 Shakespeare; Or, the Poet

By: Ralph Waldo Emerson
Narrated by: Phil Paonessa
Try for $0.00

In The Poet, an essay by US writer Ralph Waldo Emerson, the author expresses the need for the United States to have its own new and unique poet to write about the new country's virtues and vices. It is not about men of poetical talents, or of industry and skill in meter, but of the true poet.

After reading the essay, Walt Whitman consciously set out to answer Emerson's call. When the 1855 edition of Leaves of Grass was first published, Whitman sent a copy to Emerson, whose letter in response helped launch the book to success.

In that letter Emerson called the collection the most extraordinary piece of wit and wisdom America has yet contributed.

What listeners say about Shakespeare; Or, the Poet