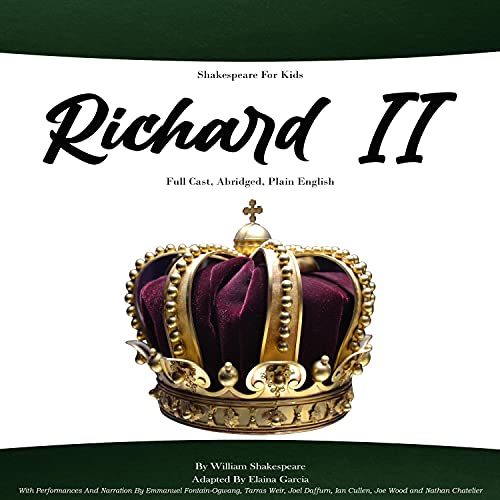 Shakespeare for kids adapts the timeless works of Shakespeare into plain English for a younger audience. This story is that of the end of King Richard II's reign during the late 1300s. It is a story of plotting and power, and the first of Shakespeare's four plays about the house of Lancaster. This abridged version is targeted for a younger audience, toning down any violent scenes and presenting the narrative structure in plain English. King Richard banishes a potential rival and takes his land. The wealth seized is used to fund wars, but ultimately, in a reversal, King Richard is deposed by the very man he tried to banish. The production is shortened to under 15 minutes, enabling it to engage even younger listeners while preserving the key elements and structure of the plot. This is a fantastic introduction to the power of Shakespeare's classic works.

What listeners say about Shakespeare For Kids - Richard II