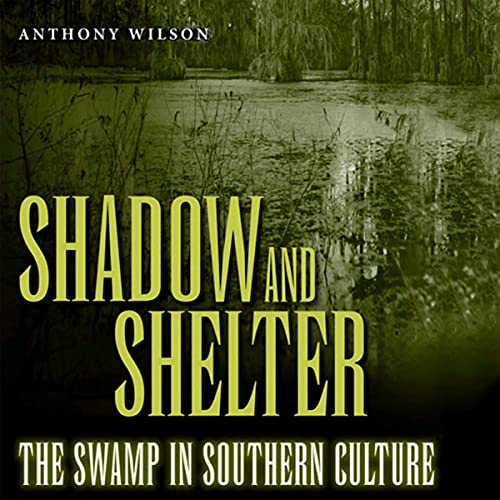 By: Anthony Wilson
Narrated by: Gary Roelofs
Try for $0.00

In Shadow and Shelter: The Swamp in Southern Culture, Anthony Wilson examines the relationship between the ecological history of the southern swamp and the evolution of southern culture from the colonial era to the present. To early European colonists, the swamp was a place linked with sin and impurity. To the plantation elite, it was a practical obstacle to agricultural development. For the many excluded from the white southern aristocracy - African Americans, Native Americans, Acadians, and poor, rural Whites - the swamp meant something very different, providing shelter and sustenance and offering separation and protection from the dominant plantation culture. This book explores the interplay of contradictory but equally prevailing metaphors: first, the swamp as the underside of the myth of pastoral Eden that defined the antebellum South; and second, the swamp as the last pure vestige of undominated southern wilderness. As the South gives in to strip malls and suburban sprawl, its wooded wetlands have come to embody the last part of the region resisting assimilation. Examining the southern swamp from a perspective informed by ecocriticism, literary studies, and ecological history, Shadow and Shelter considers the many representations of the swamp and its evolving role in an increasingly multicultural South.

What listeners say about Shadow and Shelter