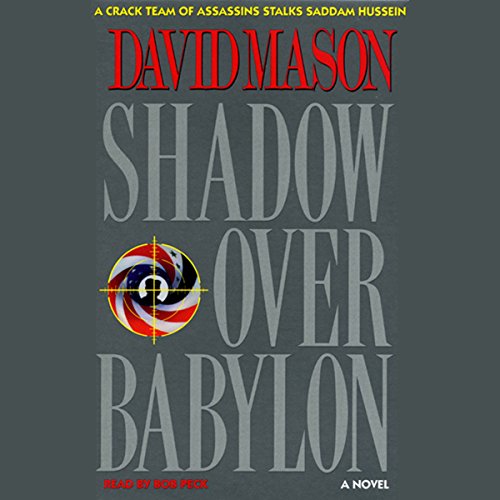 David Mason's 1990s-era thriller imagines a day on September 29, 1991, when a British businessman and a government minister set in motion a plot to assassinate then-President Saddam Hussein of Iraq.

On April 29, 1992, three shots are fired from a long-range sniper's rifle, and Hussein and two other men are killed. When the American Defense Intelligence Agency discovers the plot and puzzles out each element, who recruited the assassination team, how they managed to get into Iraq, how they succeeded in penetrating the defenses of the most challenging target in the world, the story emerges, step by stealthy step.

A technically expert masterpiece of suspense and ingenuity, and with a certain added intrigue given the news today, Shadow Over Babylon builds to a moment of truth so tense and real that you'll have to remind yourself it didn't happen.