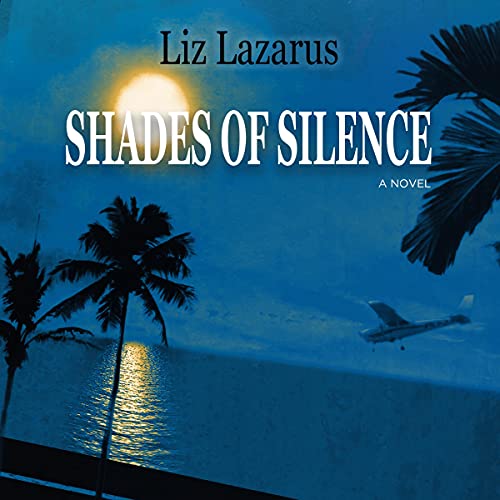 By: Liz Lazarus
Narrated by: Jill Smith,Kerr Lordygan
Try for $0.00

Julianna Sandoval is living in limbo. Her husband’s plane has vanished over the Atlantic Ocean, and although the Coast Guard has suspended the search, she clings to hope that he’ll still be found alive. Three months later, a young woman appears after hours at Julianna’s Ormond Beach restaurant, declaring, “He’s not who you think he is.” Before the stranger can say anything else, a gunshot through the window kills her instantly.

Seasoned detective Paul Grant is assigned to investigate the girl’s murder. He senses that the shooting was not random, but doesn’t know the connection to his only witness. Was the girl referring to Julianna’s presumed dead husband, her lazy stepson, her shady bar manager, or someone else? The investigation leaves Julianna wondering who she can trust, and culminates with an eerie link to the past that no one sees coming.

What listeners say about Shades of Silence

I really enjoyed listening to this book. I have listened/read her other two books and I really appreciate the work that goes into them. Her books are entertaining as well as educational. She always researched and uses the correct terminology for the firearms and self defense info and I am sure she does that for the police info as well. Great book that also sheds light on human trafficking. I can't wait to read and or listen to the next one she publishes.