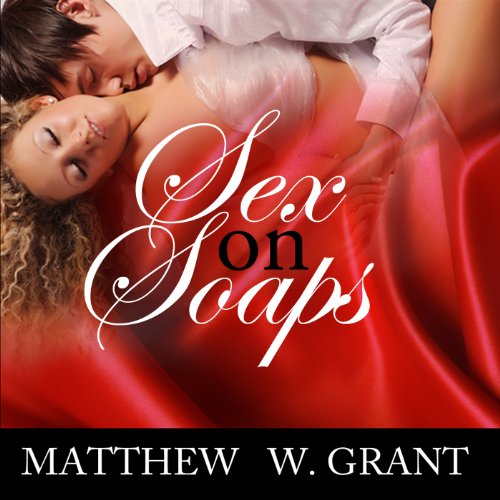 By: Matthew W. Grant
Narrated by: Jeannie Lin
Free with a 30-day trial

SEX ON SOAPS looks at love and lust on television daytime dramas. It's a must read for any soap fan, student of the genre, or anyone interested in the presentation of sexual content on television.

SEX ON SOAPS is divided into four sections:

This material examines how sex and its ramifications are presented on daytime television, how men and women perceive sex on soaps differently, and how they think this portrayal affects them. The comprehensive soap opera bibliography contains over 50 sources including soap opera books, media websites, communications journals, and episodes of network soap operas. An annotated version of the original Sex On Soaps Viewer Survey is included in its entirety.

The original version was compiled in 1992. This revised edition includes additional material added in 2006 and 2011.

Does your GUIDING LIGHT come from your television screen? Do your friends think your PASSIONS for soap operas are overwhelming?

This essay takes a look at soap opera morality, soap medical storylines, and the way daytime dramas tackle social issues. It concludes with the value of soap operas to society and illustrates why it's perfectly acceptable to fill your afternoons with some LOVING and let those wonderful soap operas take you away to ANOTHER WORLD.

Discover fun facts about your favorite daytime soaps, past and present. Find out the answers to questions such as:

Find out who comes out on top when a dirty cop pulls over a take-no-prisoners bitch on a deserted country road in this bonus short story featuring a crossover storyline with characters from Matthew W. Grant's novels Secrets Of Slaters Falls and Welcome To Northbridge.

What listeners say about Sex on Soaps