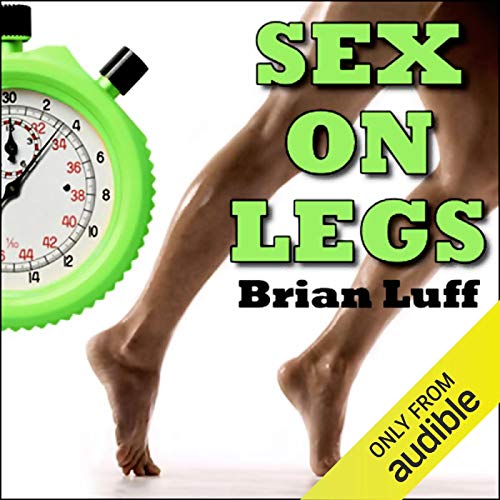 When television presenter Elton Mowbray jokingly suggests that the Olympic 100 metres cannot be run in zero seconds, he has no way of knowing that his words will be taken quite so seriously, and he soon finds himself caught up in a frantic spiral of cosmic confusion.

Enduring terrifying attempts on his life, smear campaigns in the gutter press, and a particularly messy divorce, Elton is dragged kicking and screaming towards Man's greatest challenge. Sex on Legs is a bizarre sci-fi thriller, in which former ITV sports journalist, and critically acclaimed podcaster Brian Luff takes a surreal look behind the scenes of professional sport. The book is also a thriller, a ghost story, and a hair-raising guided tour of broadcasting and TV advertising.

What listeners say about Sex on Legs

This is a fun british comedy. At times Luff is trying perhaps a bit too hard to be Douglas Adams and it perhaps goes on just a touch too long, but there are some funny episodes and some very funny wordplay or phrasing that had me laugh out loud for a minute. The title is a bit misleading if you think it's going to be a british sex farce, and while there is a bit of that, it is mainly about Olympic games and runners approaching the "impossible" 0.0 second 100 meter dash. As I said, a bit Douglas Adams & maybe Monty Pythonish.

This book had me giggling out loud, even while driving through heavy traffic on my way to and from work. A unique and thoroughly enjoyable piece of work!

This is complex, funny, Brit humor.

story flows nicely with the twist of time/God, (Sid)/Ghost, & not what you might think