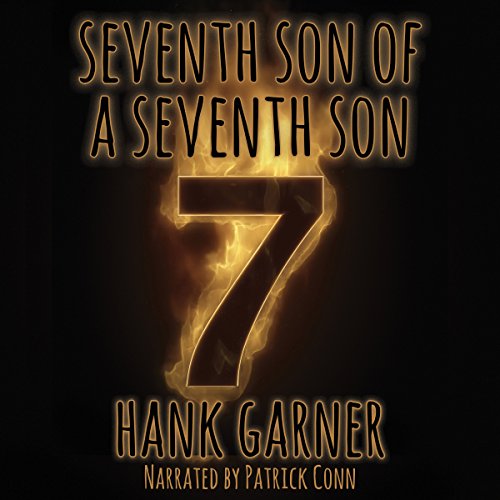 Oliver Webber has a secret. In fact, his family has been the keepers of this secret for thousands of years. What he doesn't know is that the ancient evil that his family has guarded has just been loosed, and Oliver is the only person on earth that can stop it. People everywhere are disappearing, an evil madman dead-set on ripping the very fabric of our existence, and a demon possessed civil war general seeking revenge, set the Mississippi Delta on the edge of annihilation. Oliver Webber, along with his girlfriend, his dog, and a crazy conspiracy nut, fight against time and a secret death cult to find his destiny as the Seventh Son of a Seventh Son.

Seventh Son of a Seventh Son mixes elements of magical realism, time travel, alternate history, and urban fantasy with a coming of age tale with heart.

Surprises around every corner

Where does Seventh Son of a Seventh Son rank among all the audiobooks you’ve listened to so far?

Pretty high up among the adult audios I have listened too

The crazy guy in the trailer park

What does Patrick Conn bring to the story that you wouldn’t experience if you just read the book?

Voices and spirit. Not to mention time, I have owned this on my ereader for a year or more and have not had the time to read it with 2 jobs and school. Mr. Conn gave me a way to hear it on my drive times, and I thank him greatly for that as it was a awesome story and I am now glad I did not miss it and can not wait for part two.

There where parts I laughed at and parts that had me holding my breath through until I found out Oliver and everyone were Ok.