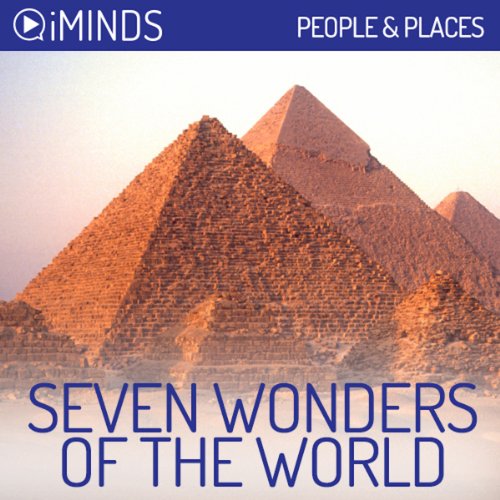 Seven Wonders of the World

Learn about the Seven Wonders of the World with iMinds insightful audio knowledge series.2,500 years ago, people began to talk about the wondrous structures they had seen in their travels around the Mediterranean. In 222 B.C., Philo of Byzantium wrote an essay called “On the Seven Wonders”. The historian Herodotus had made his list a few hundred years before. But it was Antipater of Sidon, a Greek poet, who brought the Seven Wonders to life in 120 B.C. Antipater lived during the Hellenistic age, when the culture of the ancient Greeks had spread throughout the Mediterranean. Seven was a mystical number to people of this era. And Antipater’s Seven Wonders soon became tourist shrines, much like the Statue of Liberty and Eiffel Tower are today.

The various lists which survived mentioned other wonders. This created confusion around the sixteenth century when there was a renewed interest in the ancient world. While the writers of that time generally agreed on six of them, the seventh Wonder was in dispute. It was entirely by chance that the list was finalized in the middle of the sixteenth century. A Dutch artist, Maerten van Heemskerck, made a series of engravings depicting the Seven Wonders of the Ancient World. As he had never visited these Wonders, he could only use his imagination to create the images but they remained the general opinion of what the Wonders looked like. This changed more recently, when modern science was able to shed further light on all seven.

What listeners say about Seven Wonders of the World

Educational when you know nothing about the topic, thank you. 7 great wonders equals 7 great holidays.

Eight minutes of natural wonders . . . that I would dearly love to see for myself . . . excellent historical detail, along with all the mystery surrounding each one. Fun listen.

It is a great overview of the 7 wonders of the world. I enjoyed it

Has nice music in the background, which was nice. The content was good as well, very informative for a few minutes.

Really interesting snippets and a nice little back story about each structure.
Very good.